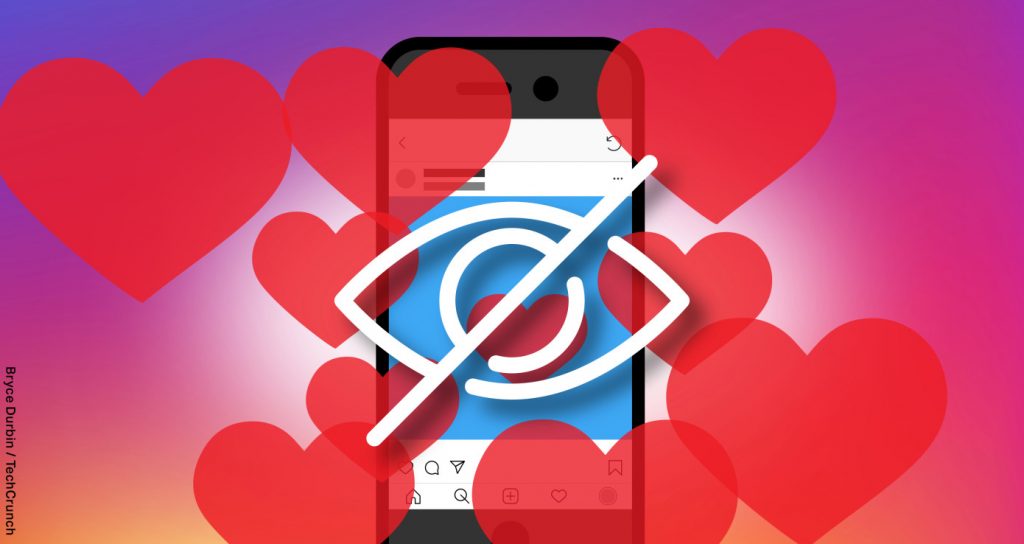 This article was published by Josh Constine on the TechCrunch Blog.

Would we feel less envious, shameful and competitive if Instagram  didn’t tell us how many Likes a post received? That’s the idea behind Instagram now hiding Like counts from both a post’s viewers as part of an experiment in Canada. A post’s creator can still open the Likers window to see the names of everyone who hearted their post. Instagram has also recently redesigned the profile to make follower count much less prominent, the app’s head Adam Mosseri says.

Even though Like totals would still impact how the algorithm ranks a post in the feed, if rolled out, the change would refocus Instagram on self-expression instead of being a popularity contest. Users might be less likely to delete a photo or video because it didn’t get enough Likes, or resort to their Finsta account to post something authentic but less “perfect.” It could make us less likely to envy-spiral because we wouldn’t see friends or influencers getting more Likes than us. And people might be more willing to post what truly represents their complicated identities because they’re not battling for the biggest Like count.

“Later this week, we’re running a test in Canada that removes the total number of likes on photos and video views in Feed, Permalink pages and Profile,” an Instagram spokesperson tells TechCrunch. “We are testing this because we want your followers to focus on the photos and videos you share, not how many likes they get.” The small percentage of Canadian users in the test will see a notice atop their feed warning them of  “a change to how you see Likes.” The announcement came alongside a slew of new product debuts at Facebook’s F8 conference.

One big concern, though, is that influencers often get discovered for paid promotions or have their sponsored content measured by public Like counts or a screenshot of their Liker list. “We understand that this is important for many creators, and while this test is in exploratory stages, we are thinking through ways for them to communicate value to their brand partners,” an Instagram spokesperson tells TechCrunch. 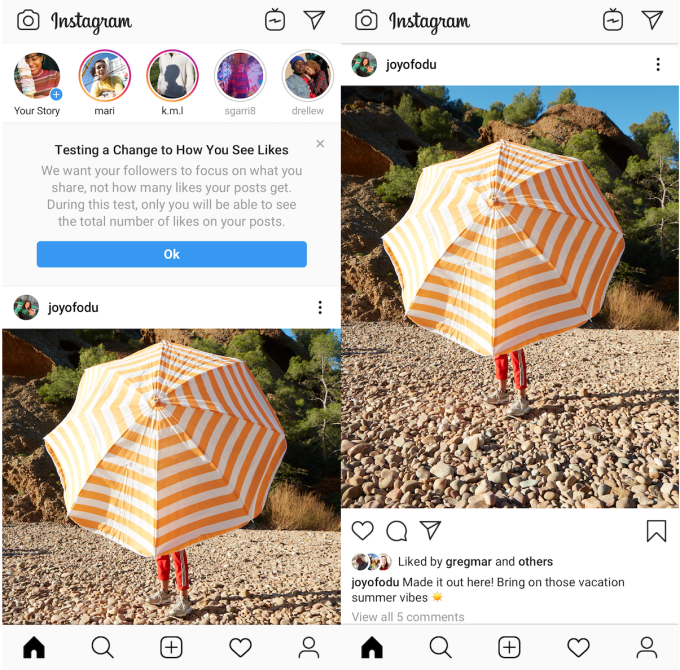 TechCrunch first reported two weeks ago that Instagram had prototyped hiding public Like counts, as spotted by Jane Manchun Wong. The company confirmed the feature had been built but not tested in the wild. The news immediately set off a wave of commentary from users. Many, while initially shocked, thought it would make Instagram usage healthier and cutback on some of the toxic anxiety produced by staring at the little numbers.

So why test in Canada? “Canadians are highly social and tech savvy, with over 24 million people connecting across our family of apps each month. We wanted to test this with a digitally savvy audience that has a thriving community on Instagram,” a company spokesperson told us.