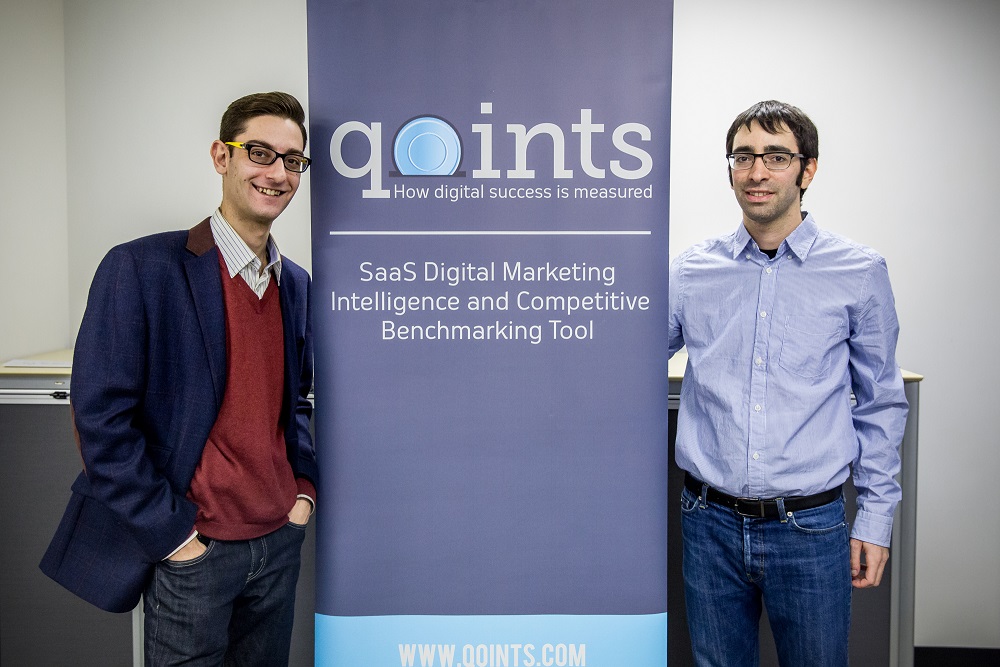 After achieving success with their first social media digital marketing startup, Corey Rosenfield and Harris Maxwell decided to take another shot at it, this time helping brands track the success of their campaigns.

It started with frat parties. Well, kind of. Cory Rosenfield and Harris Maxwell ran a fraternity in university together and threw parties. But somewhere along the way they developed a sophisticated understanding of social media in its early days, using it to promote the parties and ultimately pivoting into a business, InfiniteSM, built around designing custom social media campaigns for companies like Ford, Energizer and Lego.

“We were very successful — 15 team members and a lot of really cool projects,” says Cory. “At the same time, it was a fee-for-service model, we were pulling our hair out feeling like we weren't building anything of value.”

So they stepped away with the intention to start something fresh, a spin-off company built around projecting the effects and success of social media campaigns.

“We realized brands were spending hundred of thousands if not millions of dollars on all these digital campaigns we were running for them but they had no way to really measure and gauge success and compare themselves to the industry overall,” says Cory. “It was kind of like throwing darts blindfolded.”

In 2013, they created Qoints, which draws from a repository of live digital marketing data from campaigns of many of the world’s largest brands and uses that data to set truly objective campaign benchmarks.

The pair joined Toronto-based incubator INcubes and set to building out their company. Thye also started poking around for some funding to help get Qoints off the ground.

“We knew we weren’t going to see revenue too soon,” says Harris. “I heard about the Starter Company program through Bryan Watson who is one of the lead mentors at INcubes.”

While a lot of funding programs require entrepreneurs to match what they contribute, Enterprise Toronto’s Starter Company took a different approach.

“They do their own internal evaluation and work with you to make sure you’re creating value for the region and at the same time you don’t have to match those dollars,” says Cory.

It was helpful for the pair given that they’d self-funded the company and had burned through their reserves. Harris also started attending seminars and meet-ups hosted by Enterprise Toronto.

“I went to the get together around the holidays,” he recalls. “The range of companies they had participating was wider than any other gathering like that that I’ve been through – it goes to show there’s a ton of diversity in the city, not just in terms of population but also the types of businesses that are coming out of it.”

He says he found the community helpful.

“Talking to people running companies in different industries, you get interesting perspectives because they’re looking at the world through the lens of their industry,” he says. “You get perspectives that you wouldn’t come to on your own.”

Since graduating from the Starter Company program, Qoints has continued to expand, opening an office in Buffalo and hiring the former head of advertising and online partnerships from Microsoft to lead the company’s strategy and business development team.

But as they expand beyond Toronto, Qoints has no intentions on leaving.

“Toronto is like no other city in the world – it has financial capital and the advertising and health capital all in the same market, everywhere else it’s spread out” says Cory. “We've got a really rich pool of people with which to build the team around here.”