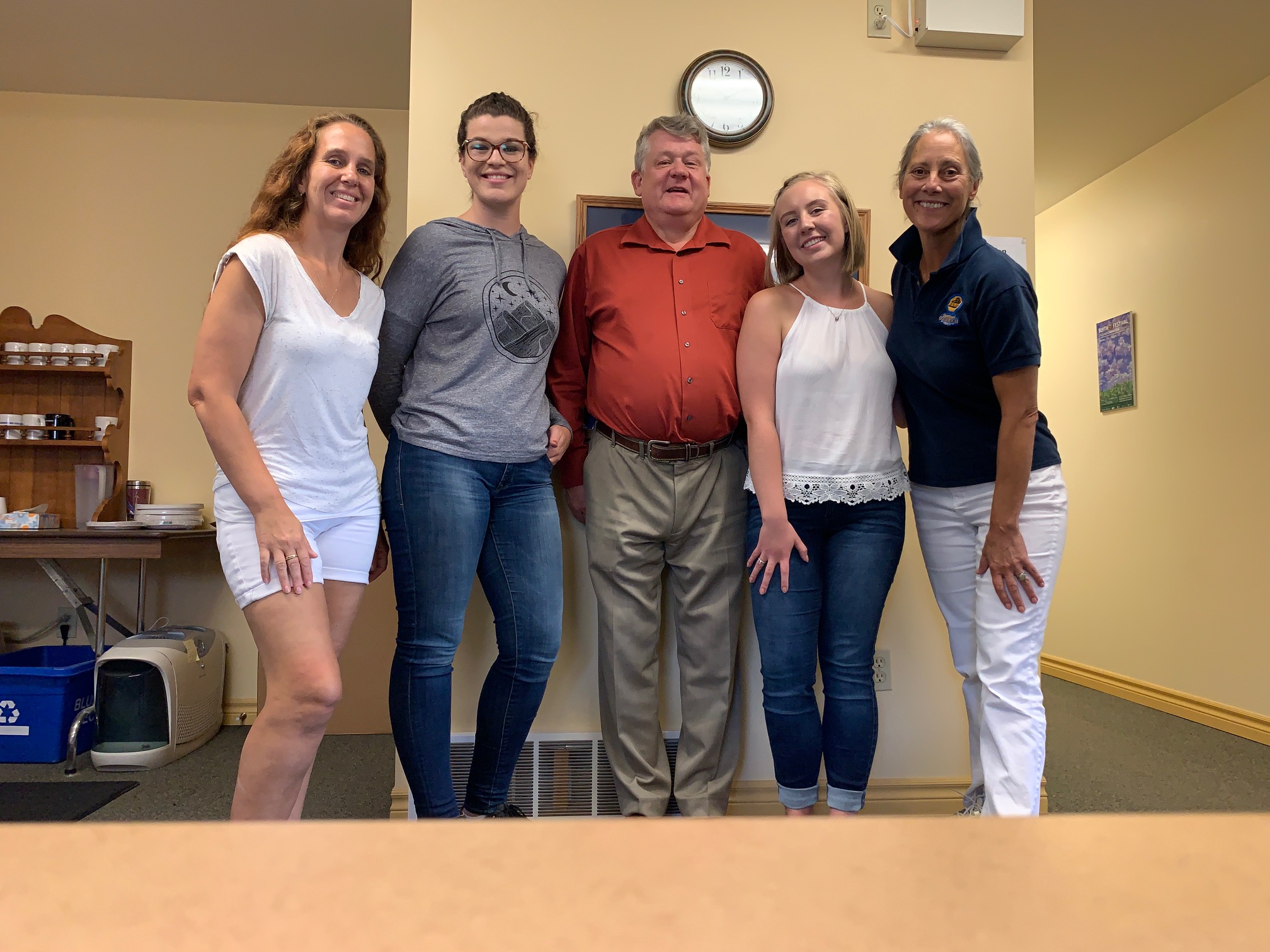 Goderich Rebounds: Turning Tragedy Into an Opportunity for Transformation

Bailey Regier, the DSS Team Lead, says the BIA had already pulled together an inventory on where businesses were at in terms of digital literacy before she started going out to the community. There was a sense amongst many that having a digital presence was a necessary evil. But Regier has made it her goal to shift the mindset from “digital being a necessary evil to an opportunity.”  It’s still early, admits Carradine-Armstrong but she’s confident in a community she watched rebuild itself. “We’re able to adapt.”

On the afternoon of Sunday, August 21, 2011, a category F3 tornado ripped through the lakeside town of Goderich and it’s beating economic heart. A strip of century-old brick buildings in the octagonal downtown saw their windows blown out while others were destroyed. And yet, the fourth and fifth-generation businesses that saw their history rewritten in an instant didn’t fade. They stayed. They rebuilt.

“The community is made up of a lot of very longstanding small business, sole-proprietors with roots here,” says Susan Carradine-Armstrong, manager of the Downtown Goderich BIA. “They weren't going to pick up stakes and move, they were going to rebuild because their families are here, their life story is here, this is home.”

The aftermath had some unintended consequences, in places where vacancies existed, fresh-faced entrepreneurs stepped in with their own ideas, diversifying the business community there. It led to a new mix, legacy businesses side-by-side with a generation raised on tech. And now, the BIA is looking to build off the rebound by introducing new digital capabilities to members through the Digital Man Street program – which leverages grants and support from the Province of Ontario and the Ontario BIA Association to help small main street businesses.

“The timing is ideal, we’re far enough removed from the F3 and we have rebuilt,” says the BIA manager. It hasn’t been easy, especially for some of the legacy businesses, but they’ve already seen 25 per cent of the 170 businesses that make up the BIA engaging with the Digital Service Squad.

Bailey Regier, the DSS Team Lead, says the BIA had already pulled together an inventory on where businesses were at in terms of digital literacy before she started going out to the community. There was a sense amongst many that having a digital presence was a necessary evil. But Regier has made it her goal to shift the mindset from “digital being a necessary evil to an opportunity.”

This is Clare! She owns an awesome space in Goderich called the Yoga Den where she hosts classes, sells fresh pressed juice, and so much more. Her passion for yoga extends beyond the space that The Den offers, and onto the beach with stand up paddle board yoga classes. Clare is excited to be working with Digital Main Street to focus her online presence, and make her space more accessible in the online world. Looking for a little more digital focus? A free digital assessment with Digital Main Street can help you take stock of your strengths and weaknesses, as well as introduce you to new tools and software to make your life easier! Get in touch with Goderich BIA Digital Service Squad team lead Bailey before she leaves in August to get your digital journey started! #goderich #discovergoderich #smallbusiness #digital #godigital #yoga #theyogaden #noworries

“You aren’t in business for 85 years without having a bit of gusto,” she says. Once it’s turned into an opportunity in their mind, many are able to look past the fact that it’s another one of those entrepreneurial hats to wear and towards the benefits, it could provide further down the road.

“We’re not located near a major centre, we have no choice but to pony up and I think working as a team and downtown group, they also see the success in doing things together around the same time,” says Carradine-Armstrong. “The more people online, the more downtown Goderich will be able to compete in the modern age.”

“Google my Business is the modern phonebook, that's where people go to look for information and if you're not there you might as well not be open,” she says. “The onus is on you to seize control of that, rein it in and turn it into something that is contributing to your business.”

The engagement numbers only a few months into the program show a collective understanding of the importance of digital. And Regier has adapted her approach in step with the businesses’ digital literacy. “If you've been in business 65 years and have never been online, let's make sure your hours are accurate on Google and go from there.”

But there are already businesses that have worked through the online training videos and received the Digital Transformation Grant. Both Susan and Bailey point to Elizabeth Van den Broeck, owner of Elizabeth’s Art Gallery.

This is Sonya, she owns an amazing little hidden gem called the Red Door Family Store, which she and her husband founded after noticing how difficult it was to find gently used children’s clothes and toys in the community for their own children. Sonya is very excited to expand her online offerings with more e-commerce. Want to know how you can revamp your online presence with Digital Main Street? Get in touch today to set up your own Digital Assessment and audit of your digital services with our Digital Service Squad team leader Bailey! #shoplocal #thereddoorfamilystore #digitalmainstreet #digitaltransformation #localbusiness #discovergoderich #visitgoderich #goderich #godigital

“She started building her Shopify store before I was even on staff here,” says Regier. She needed some help adding an option to upload custom printing artwork to her store, which the DSS Team Lead managed to track down an HTML code to embed into her website. “She had her first online sale which for Goodrich is way out there.”

It’s still early, admits Carradine-Armstrong but she’s confident in a community she watched rebuild itself. “We’re able to adapt.”

We would like to extend a big “thank you” to the Goderich DMS team for their amazing work this summer! 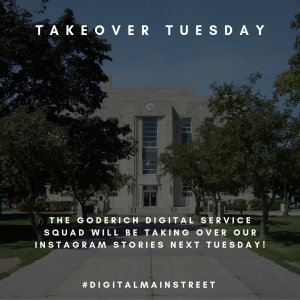