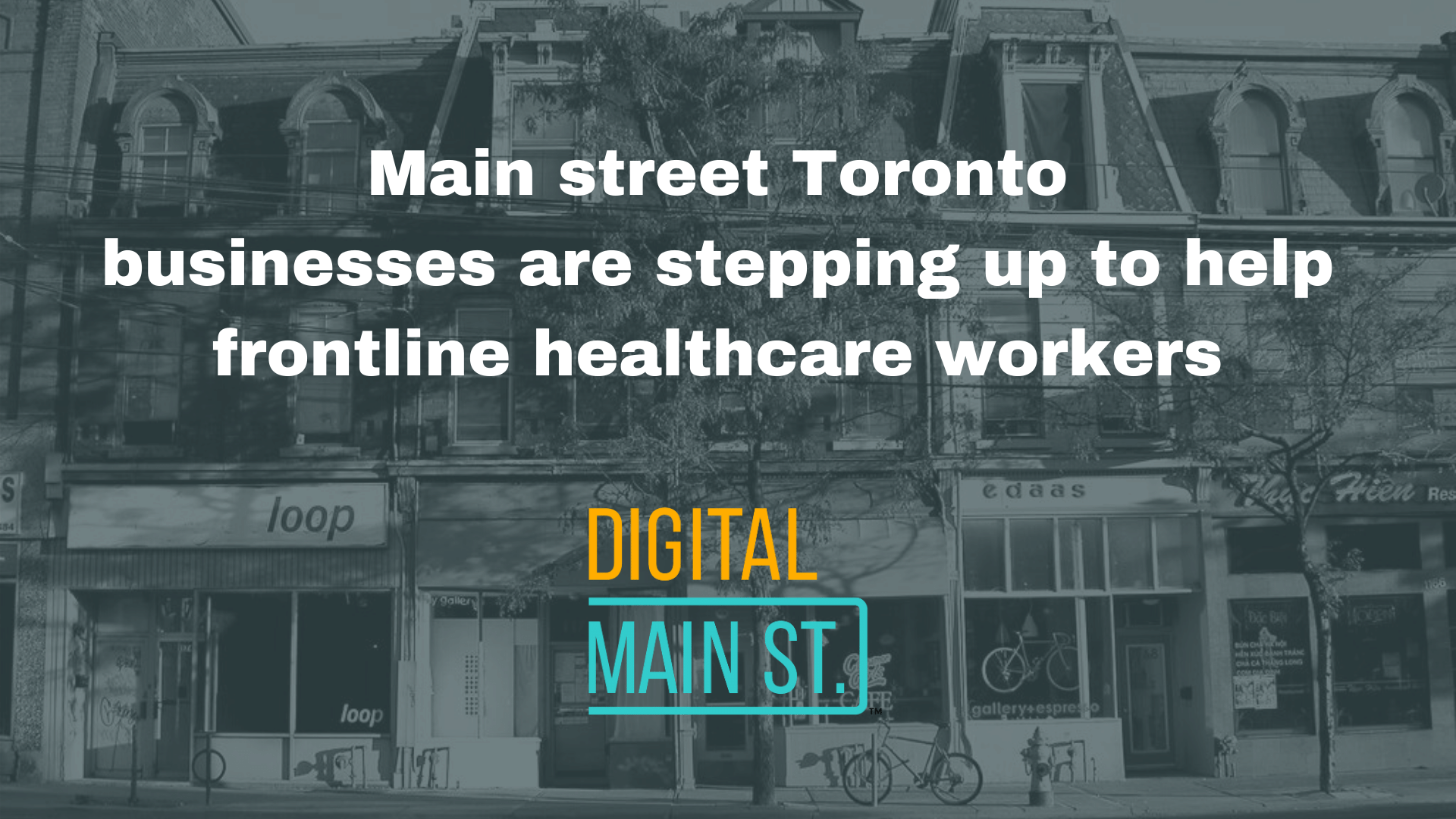 At the end of April, two frontline healthcare workers moved into the apartment above Castle Makers, Sheryl Herle’s furniture and decor consignment shop on Mount Pleasant Avenue in Toronto.

Less than a month prior, Herle, like thousands of businesses defining main streets across Toronto’s neighbourhoods, had closed down, part of emergency measures to stem the spread of the COVID-19 pandemic. For Herle, the Airbnb above her shop was a lifeline, but the banning of short term rentals for all but essential workers conspired to kill even that modest stream of revenue.

Fortunately, Mount Pleasant happens to be a direct route to the front door of Sunnybrook Hospital.

“I get these two women hitting me up through Airbnb saying: hey, mom's immuno-compromised, we're both nurses, we can't live at home anymore and we’re wondering if we can get your apartment,” says Herle. She double-checked through Airbnb and they approved the move-in. 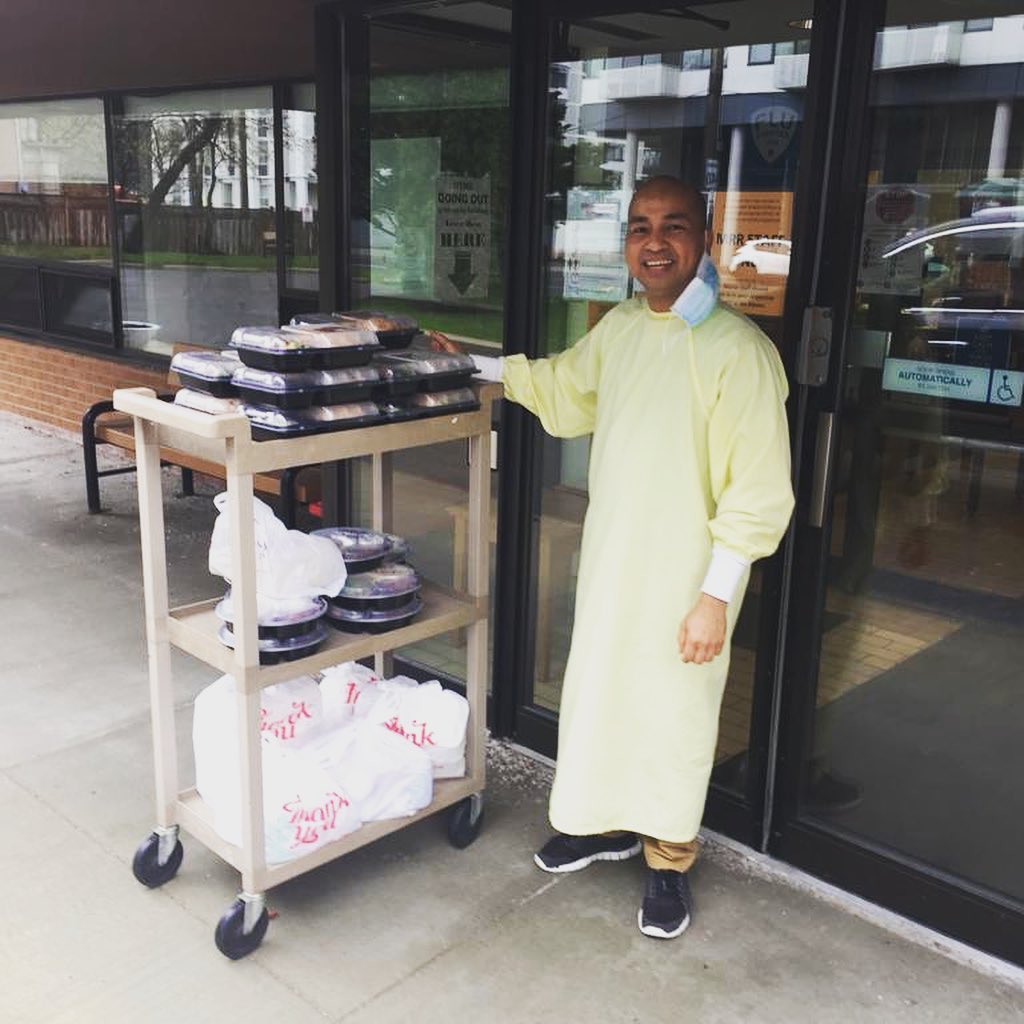 She learned that through the program for healthcare workers, the rental platform is dropping its fees and asking hosts to make a reduction in rent in order to make it more affordable. But what stuck out to Herle was Airbnb mentioning they also are throwing in vouchers for five nights of local meals.

“That's such a small thing for Airbnb to put out there in the community but a big deal for these women who are working 12-hour shifts and then come home and they're scared to go to the grocery store,” says Herle. She realized she could take that a step further. Being on the Mount Pleasant BIA, she asked other businesses if they’d be willing to donate a meal to the women living above Castle Makers. “Suddenly I had six restaurants saying, yeah, any day – tell them to phone us, place the order, and we’ll bring it to them,” she says. “Everyone was jumping over themselves to try and help these women.”

“Small businesses are suffering but there was no sense of that, (no one said) I can't afford to support,” she says. “There was just pure generosity as soon as we asked.”

Herle says she suspects a lot of that inclination to support in spite of the financial crunch small businesses are feeling comes from a sense of camaraderie.

“Small businesses work hard, it's physically hard work – you're constantly moving product, you're working much longer than just opening your shop and sitting at the till for a few hours a day and I don't think most people recognize how much work it is,” she says. “I think that they appreciate the frontline workers that are working so hard.”

That appreciation has been emblematic in grassroots initiatives set up across the city. Mona Ahmed, who owns a number of Lebanese takeout spots across the city under the Ghazale banner, says one of her customers who also happens to work at Mount Sinai, reached out on behalf of the hospital asking if she would be interested in donating halal food for frontline hospital staff who were fasting during Ramadan.

Ahmed and her husband, who owns the chain Lebanon Express, both donated. “After we did the first donation, I was just thinking there are so many people recognizing frontline workers online,” says Ahmed. She’d been working with a Digital Main Street service squad member and floated the idea to him about setting up an online ordering system where customers could purchase meals for frontline health workers during Ramadan.

The Digital Service Squad member helped Ahmed launch a Facebook campaign around the initiative to raise awareness. “There were so many deeper levels behind the Facebook than I ever would have had the time to learn about (and) I also would not have had a budget to hire somebody to do for me,” says Ahmed. “Whenever I had questions, he basically put the resources out there for me.” The campaign linked through social media back to her website.

Over the course of Ramadan, Ahmed had customers buy meals for frontline workers breaking fast. She admits the numbers weren’t as high as she’d like but she says the point of the initiative was to build that connection between people. “I see a lot of big chains (sending) out meals and drinks to help their workers across the city,” she says. “But I thought that it would be nicer coming from the community.”

The face of the community

It’s the same sort of “for the community, by the community” mindset Teresa D’Souza owner of UK Designer Sale – a British womenswear sample store in The Beaches BIA – has adopted. D’Souza and her husband have been stitching masks from scraps of recycled materials like t-shirts and table liners to donate to nearby Michael Garron Hospital in East York.

It’s an unexpected pivot given that UK Designer Sale had just opened its first physical location at the start of March after a decade and a half of running pop-up shops around the community. “We had to close 15 days later,” says D’Souza. 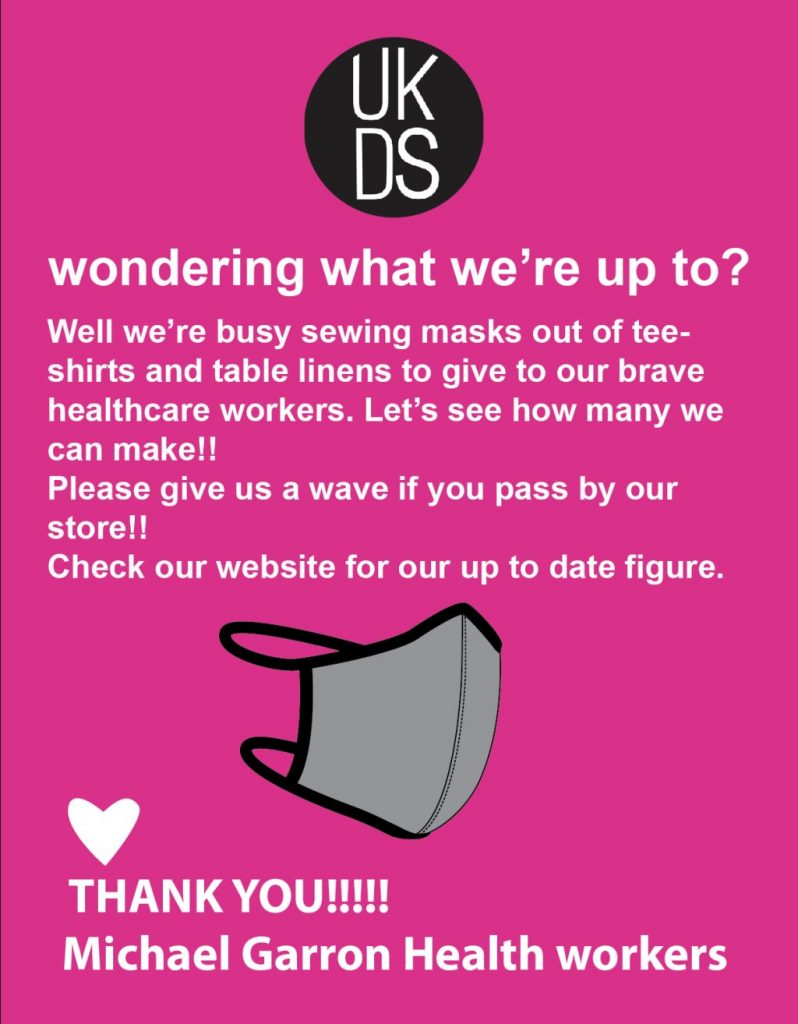 The shopowners have filled their front window with a sign and placed the sewing machines in clear view so the community can pop by and wave hello while they’re working away. D’Souza suspects they’ve made over 500 masks. They’ve since expanded to send them to other vulnerable and marginalized groups as well as often overlooked frontline workers in correctional institutions.

People started connecting with UK Designer Sale through social media asking to buy the masks. “Our first priority is making them for our donation,” says D’Souza. But money from any sales is used to buy more materials. “It's been going really well, it's actually kept us in touch with the community – we've had a lot of really positive comments on our Facebook page (and) everyone's been incredible… we’ve got to know a lot of people through doing this.”