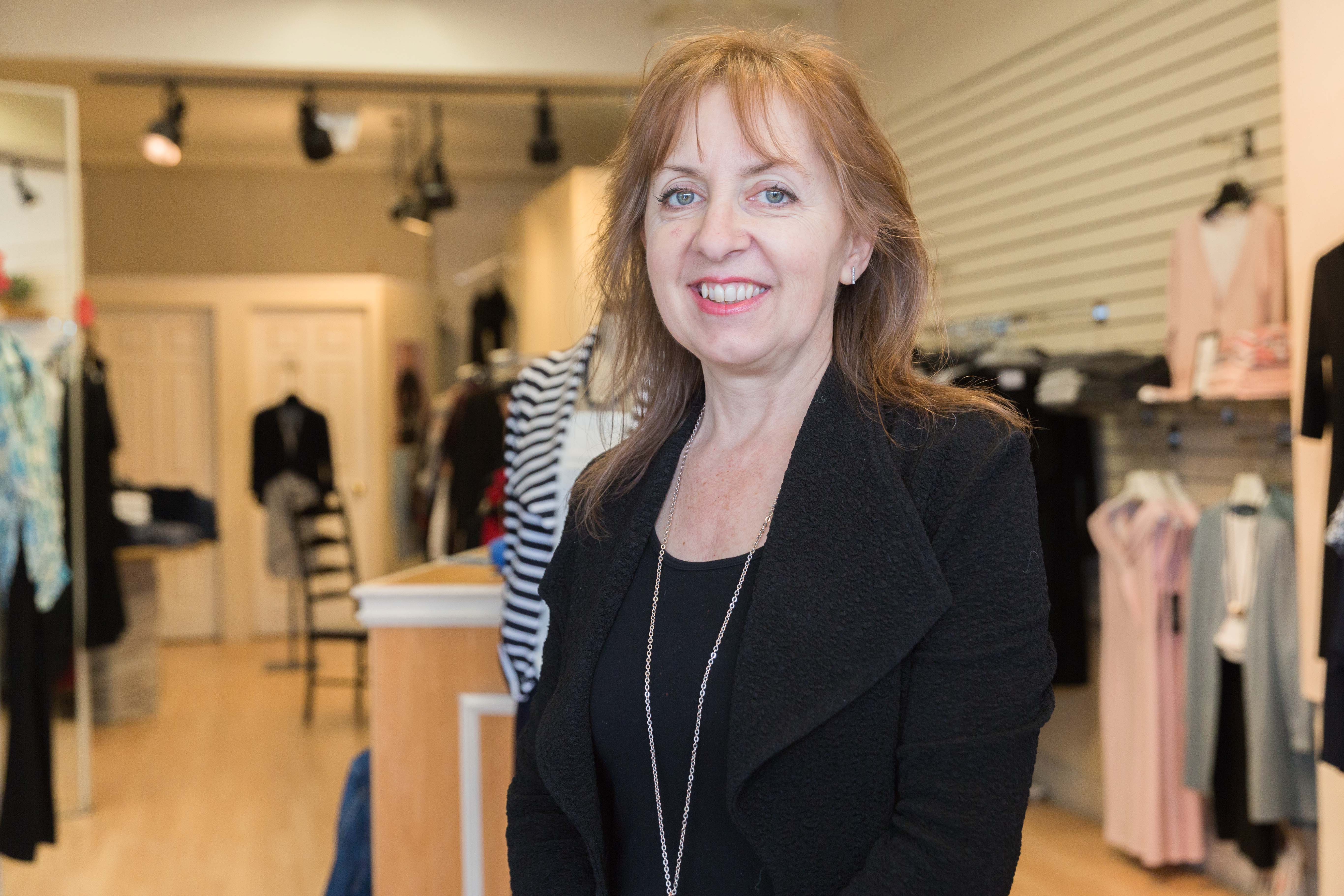 The Petite Alternative puts sincerity at centre of digital strategy

After 30 years in the fashion industry specializing in clothes for shorter women, The Petite Alternative shop owner Connie Gougos knows that staying relevant means reading the trends – whether that’s fashion itself or the way consumers are buying clothes.

When Connie Gougos first opened The Petite Alternative, a specialty clothing shop that caters to women under 5’4”, she used to get letters from people in places like Halifax and Sault Ste. Marie asking for catalogues.

“I advertised in magazines, they saw the store there and they used to ask for catalogues,” says Gougos. She realized these people had gotten the impression she was running a bigger operation than the boutique shop on the Eglinton Way filled with carefully curated petite fashion lines.

Printing a catalogue may have been out of the question back then, but in the days of e-commerce, The Petite Alternative has been able to preserve that boutique destination shop feel while selling products beyond the GTA through its website. Now potential clients – like the ones who wrote in from the far reaches – can get the clothes they’re after.

“The type of customers we attract (want) to wear beautiful clothes,” says Gougos. “They like the edited version of what they're getting here instead of walking through tons and tons of stores and racks looking for things.”

As the world has evolved, fast fashion and major retailers have expanded to offer some petite clothes. Gougos says she’s not intimidated by the competition, her focus has always been on building lasting relationships with clients over “just selling clothes.”

Despite not having a strong digital foundation, The Petite Alternative owner says there’s no denying the benefits of digital tools for small businesses. An early adopter of Shopify for her online store, Gougos says the growth of social media, and more specifically the sheer volume of user-generated images showing off the latest fashion, has been invaluable.

“You really get a good sense of how to put things together and what people want and what looks good on different shapes,” she says. “Even if you're an experienced buyer it still helps to (see) what's going on.”

Anticipating an interruption to the neighbourhood’s flow as construction was underway on the Eglinton Crosstown, Gougos connected with Digital Main Street to help re-vamp her online presence through social media and Google.

“It's the future and I don't want to to be left behind – I want to be relevant, I want to grow,” she says. “(Being online) is such an easy way to get your message out there, I can really introduce the store to so many more people.”

But one element of fostering a digital identity she’s grappled with is sincerity.

“When you're dealing with people in a store, it's so easy because you're face-to-face and you can talk to each other and develop relationships,” she says. “It's so much more anonymous online and that's hard to adapt to when you've been in business this long.”

She’s still working on finding the balance but connecting with customers through personal emails when they’re buying online and handling the social media herself has helped her stay authentic. While some use the strategy of posting lots of content to their social media in order to stay on people’s radar, Gougos emphasizes that less-is-more.

“I don't want to be exactly like everyone else, and I don't want to be phoney,” she says adding that, it’s tough and time-consuming doing it on her own but “once you're down the road everything will be easier.”

It’s still early but, so far, her digital strategy for The Petite Alternative has worked.

“I've noticed (with) traffic in the store, there are a lot of new customers, people come in saying they found me on Google or they come in asking for something they've seen on the website,” she says. “They never used to do that.”