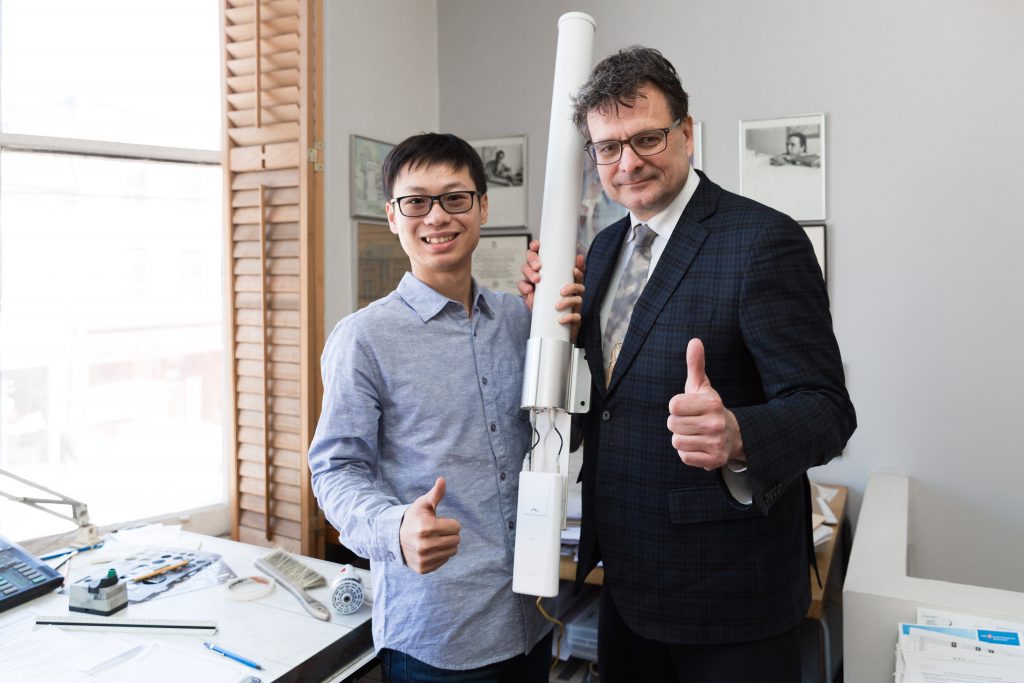 West Queen West hooks the neighbourhood up with free wi-fi

As of May, the West Queen West Business Improvement Area has connected the neighbourhood between Bathurst and Ossington with free wi-fi. While Rob Sysak, executive director of the BIA, says he excited about being a first mover, he envisions a future where all neighbourhoods offer the service.

In the neighbourhoods of the future, wi-fi will be just as critical as street signs and garbage cans. That’s why the West Queen West Business Improvement Area has interwoven wi-fi into the community, offering free connection from Bathurst to Ossington.

“It’s essential… part of the infrastructure; you can have the best house but if you don't have the foundation everything crumbles,” says the executive director of the WQW BIA. “Wi-fi is the foundation.”

It’s also an essential platform for the neighbourhood. Users are treated to the BIA’s landing page which includes information on local businesses as well as plenty of interviews with the artists behind some of the art and design district’s renowned graffiti.

“It gives us so many opportunities to communicate our story,” says Sysak. The platform, offered by Besify, also allows the BIA to collect data analytics like the duration of connections, how many people connect, which locations are most popular and how strong each device’s signal strength is. The wi-fi had 4,000 users in the first month and provides information on the foot traffic to the area.

It’s part of the wider Digital Main Street strategy which looks to provide the small businesses, the lifeblood of neighbourhoods, with the tools necessary to act like big business while preserving the neighbourhood feel that drives people to the area.

“We need foot traffic, we need business – how do you do that? you've got to keep growing and changing with the times,” he says. Sysak points out that according to a recent study by developer Cushman Wakefield, over three-quarters of the neighbourhood is made up of millennials. “They all use cell phones and wi-fi and data – it’s smart for us to give that option.”

Besify, launched by two Queen’s University grads who racked up sky-high data bills while visiting Toronto, connected with the WQW serendipitously while trying to convince local businesses to pilot the free Wi-Fi.

“It was just perfect timing,” said Sysak. Ultimately, the WQW BIA agreed to foot the bill for the wi-fi, which costs them around $8,000, a small fee for the potential draw the service could have. “You’ve got to keep going forward, we have an awesome board that allows that.”

They’ve installed access points to help deliver signal strength and Sysak says the hope is to lead by example.

“It's what should be there and it's a reasonable cost,” he says. “People will be able to come and share their stories, throw them on Facebook and Instagram all while logged on through West Queen West wi-fi – I think it's going to change the ballgame for us first but for everybody else eventually.”

He says that while he loves the bragging rights of being a first mover, he looks forward to a day when having free wi-fi is commonplace.

“You don't go thinking: there is a stoplight and a marking on the sidewalk, you just know it's there,” he says, “That's our goal for WQW, we just want (having free wi-fi) to be normal.”