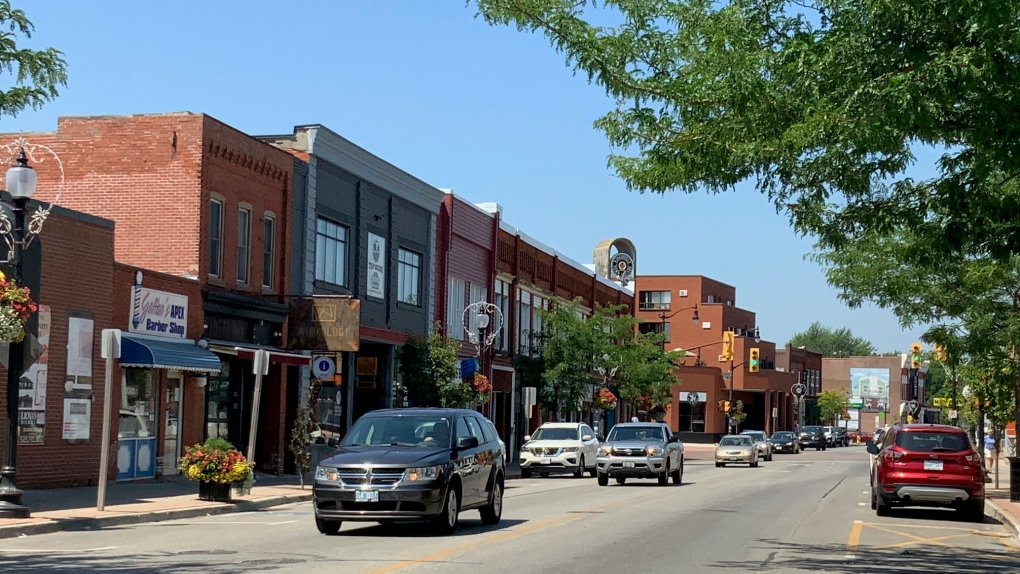 The WindsorEssex Small Business Centre knew its plan for Digital Main Street was ambitious. It had just launched a Digital Service Squad through the program which combines grants and one-to-one support from the Province of Ontario to help main street businesses strengthen their online capabilities.

But the challenge ahead was connecting with the staggering amount and diversity of businesses on main streets throughout nine BIAs in the City of Windsor as well as the BIAs in LaSalle, Amherstburg, Tecumseh, Harrow, Essex, and Kingsville.

“It was funny because I had in my mind how I was going to reach all of these businesses across 15 BIAS but once the (squad) got out into the community we realized, nope, first we’ve got to get the word out,” says Shannon Dyck, business advisor at the Small Business Centre and the coordinator for the program. The solution to getting high tech tools and advice to the area’s businesses? Good old fashioned boots on the ground. “They just blitzed like crazy and knocked on as many doors as possible.”

All-in, Dyck suspects they connected with over a thousand businesses, a mix of veteran entrepreneurs who hadn’t had the chance to figure out the best online approach for their business and fresh upstarts who could use some extra resources and support to take a deeper dive into the world of digital. Around 180 have sat down for meetings with the digital service squad so far, and several have already received the Digital Transformation Grant.

“As soon as a couple of them talk about the squad or that they've received the Transformation grant, suddenly the word trickled out like wildfire,” says Clarke. Through that, she says, they received a number of referrals. “When they’re asking about it, they’re the ones that are most eager and see the value in the squad.”

She says the 360-degree camera for Google My Business was also a good tool for drawing interest from businesses, especially ones that were a little more resistant to digital tools or worried about the time commitment. “As soon as you show them the picture, they're incredibly excited,” she says. “There's certainly different needs and barriers… some BIAs have been a little more difficult than others but for the most part, everybody’s been pretty good.”

Ultimately, the goal is to use digital presence through tools like Google My Business and social media to make the businesses more efficient and draw visitors to the area.

“We're not London, we're not Toronto, we're our own little pocket here in Essex County,” she says. “So if they can keep up with the times and find some tools that'll help them create some efficiencies in their businesses (and) help people find them – that's going to be a win-win for everybody.”