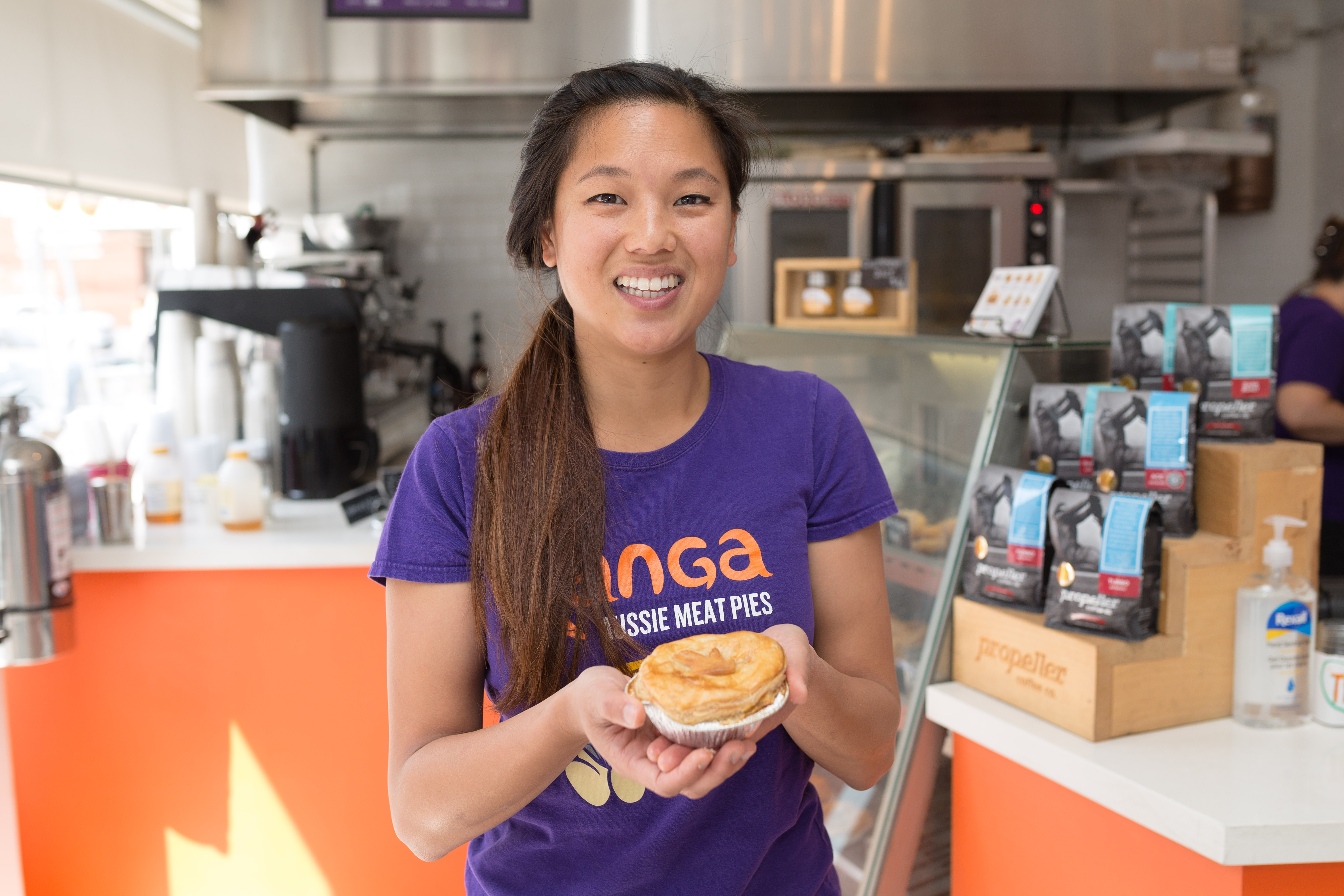 For the past four years Megan Chan and Erin Mayes have built a small empire in Toronto around the Australian meat pie. Kanga Pie’s secret recipe for success: a steady dose of Instagram content and a smart-phone friendly environment where customers can charge up their devices or order take away using their favourite app.

Aussie meat pies became an obsession for Megan Chan and Erynn Mayes while living in Australia so after returning to Toronto and realizing there was nowhere doing them, the pair decided to launch their own under the moniker Kanga Pies.

They started hawking the minced beef, Vegemite gravy-packed hand-held pies with a dollop of tomato sauce on top at pop-ups like the Toronto Underground Market four years ago before transitioning to their first shop two years later on Duncan Street just south of Queen.

“It went well,” says Chan, with line-ups out the door filled with Torontonians looking for something new and Aussie expats craving their favourite snack. “We decided to expand to two more locations in the downtown core in the Path.”

Four years on, the novelty is still there and Kanga’s Aussie meat pies – they’ve developed a few riffs off the traditional personal pie including butter chicken, a Canadian one with bacon and braised in Amsterdam Downtown Brown Ale and a creamy zucchini option for veg-heads – has fine-tuned their recipe for introducing new Torontonians to the auger-like bite while keeping customers returning.

“We do a lot on Instagram, posting most days of the week,” says Chan. But that’s only part of using Instagram. “We’re also pretty active in following people, commenting on their stuff – just getting involved in the food community.” “People eat with their eyes,” she says. “I've definitely had people come in and say they (found) Kanga on their Instagram.” Chan handled all the social media for Kanga early on but the goal was to get it to a point where she could pass the reins.

“Develop your system and your brand flavour,” she says. “Eventually, you can create a playbook and have someone else do it so you don’t have to spend all that time.”

And make it easier for customers to share your product. In addition to being incredibly Instagram-able (who wouldn’t want to post pictures of gravy oozing out of a butter-y pastry) Kanga has also worked hard to integrate digital solutions into the grab and go side of the business. They’ve invested in ChargeSpot’s for the business, charging stations for mobile phones.

“It enhances the customer experience,” she explains. “While they're chowing down on pies they can also charge their phones (on) a little drop pad.”

They’ve also aligned themselves with trendy food delivery services like Foodora, UberEATS and pick-up apps like Ritual. They tried launching their own Kanga app but found it was a hard space to compete in and drew them away from their core business. Especially with the number of food apps already out there.

“I think (launching an app) would work better for something like a coffee shop where people come every day,” says Chan. “But for Kanga, which is more like a cupcake shop you go to every once in awhile, it wasn't effective.”

The key, says Chan, is knowing what fits and putting in the effort to build out that digital toolset.

“Pick something and develop a strategy around it,” says Chan. “Whatever you're going to do in terms of social media (there’s) a learning curve – just keep going with it.”