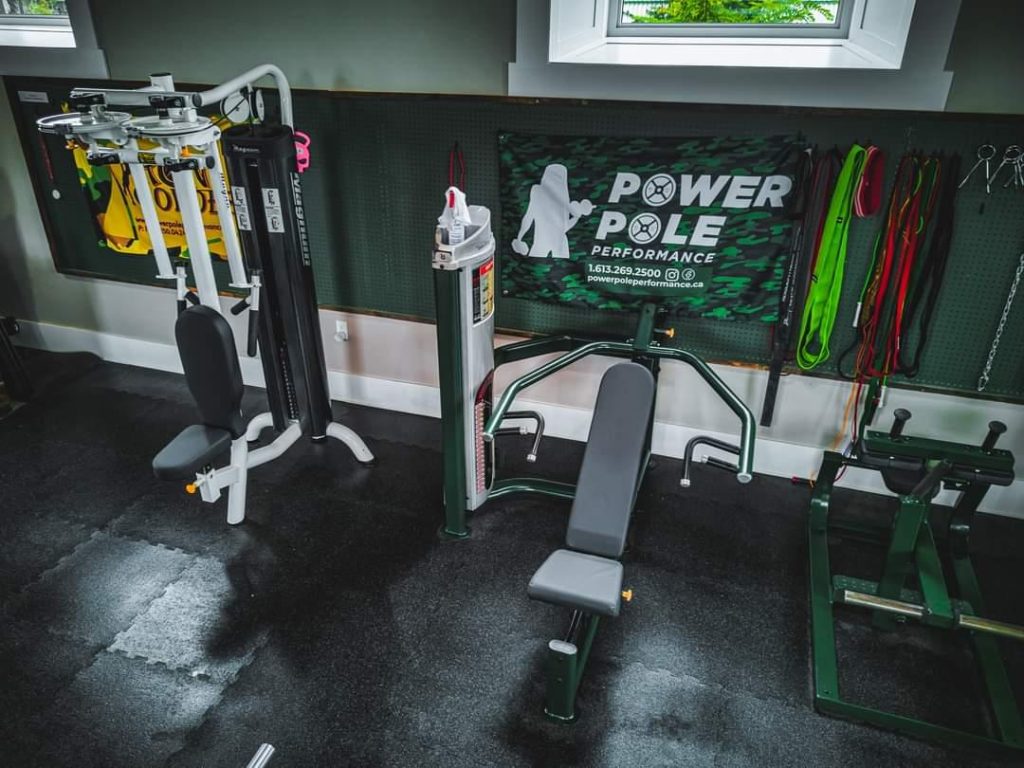 For Hilda Siegel, powerlifting was the antidote to a difficult period in her life...

“(Power)lifting empowered me,” says Siegel, owner of Power Pole Performance in Merrickville. “As I started competing, I realized how much strength I had – it wasn’t an escape, it was a (realization) I can't control (situations in life)  but I can control what my body can do and I can do all these cool things I didn’t think I was capable of.”

Siegel says she came to powerlifting late. She was in her thirties and looking for a way to stay healthy. “I went to this gym to teach yoga and when I was teaching, I was looking over and seeing boot camps and (power)lifting programs.” The owners of the gym were competitive powerlifters. Siegel was intrigued by this, and began her own journey of training and competing.

“It morphed from there,” she says. Siegel began experimenting with pole fitness, a discipline that blends acrobatics, bodyweight strength and pole dancing. She also became drawn to gymnastics. Each new fitness regimen she incorporated added to that feeling of empowerment. Siegel decided she wanted to help give that feeling to others.

In October 2022, Siegel opened Power Pole Performance – a 24/7 fitness centre in Merrickville. Power Pole Performance provides a space for people to exercise and attend classes in disciplines ranging from yoga to pole fitness. The gym is set up with powerlifting and bodybuilding in mind but, Siegel says she wanted to give the gym an air of inclusivity and accessibility.

“It’s performance-based,” explains Siegel. “Aesthetics are a byproduct of it, but it's not the main thing… it's what your body can do for you – that sense of empowerment that you get from that.”

While laying the groundwork for Power Pole Performance, Siegel heard about Digital Main Street, a program which combines grants and one-to-one support from the Province of Ontario alongside partners to help main street businesses strengthen their online capabilities and plan for the digital future.

“I’m not good at digital by any means,” admits Siegel. She’d used social media but working with the Digital Service Squad she was able to develop a more strategic approach to her digital strategy. “(The Digital Service Squad member) Ronnie taught me about Google and Facebook ads,” she says. “I’d dabbled but didn’t really understand how to target demographics and focus the ads on the people I’m trying to get… or even how to make (effective) ads…”

She also participated in the ShopHERE powered by Google program run through Digital Main Street to improve her business’ website. “I had a website but (the team member) helped make it look so much better and more user-friendly,” she says. “She (also) taught me how to use it on the back end.”

Siegel says there’s no question that digital advertising and a stronger digital presence will continue to help her expand her membership and reach her business goal. Power Pole Performance is still new but Siegel is already growing her vision for the future. “My goal is by the end of the year to have at least a hundred members in my gym,” she says. “Who knows, maybe a couple of years down the road, I'll open a second business.”