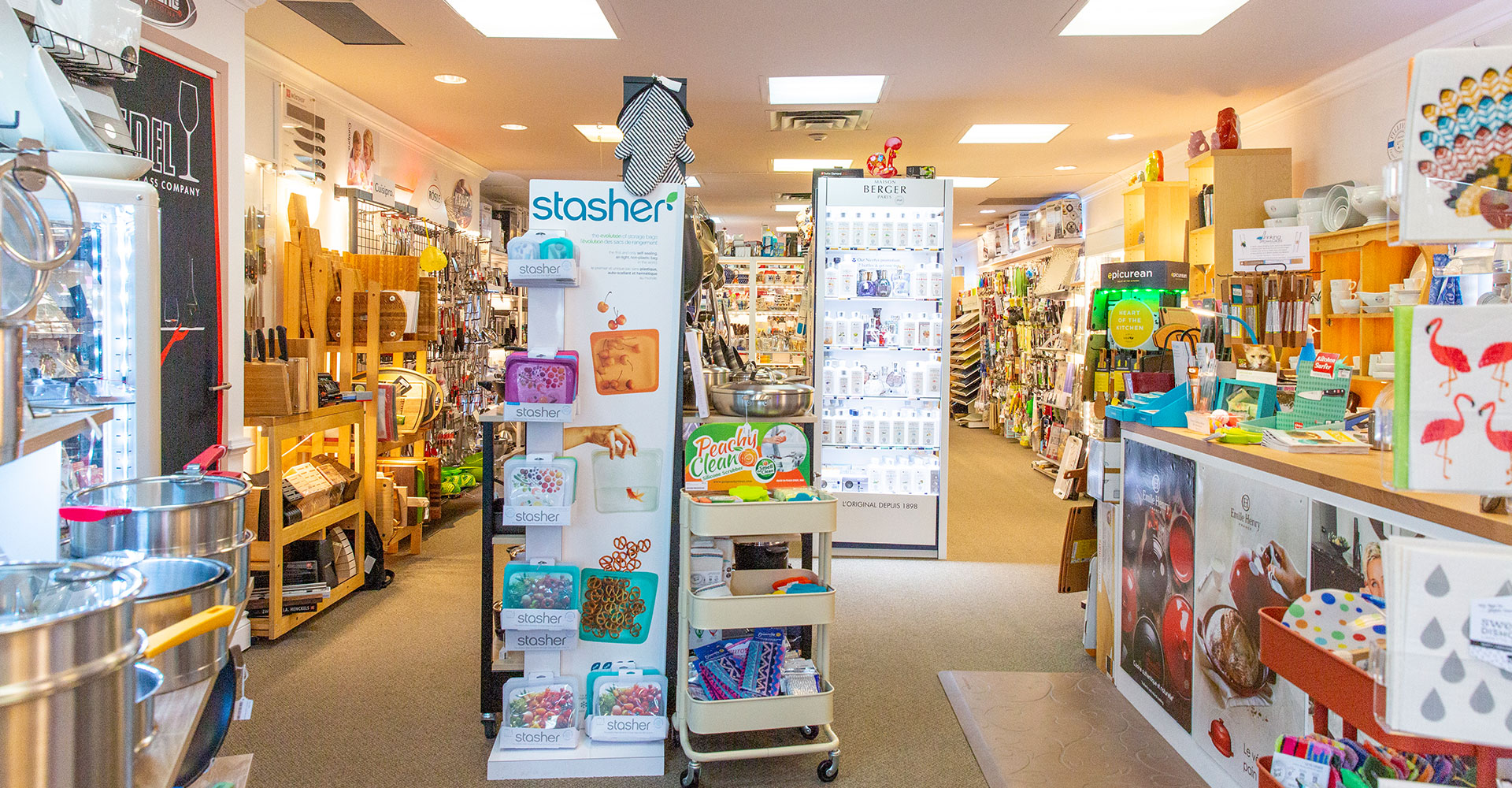 Carol Lacher had been working as a manager at a kitchenware shop in downtown Oakville for 15 years when the owner announced she was retiring.

“It was time… she was turning 75, but she also knew that the street was going to be ripped up and everybody was talking about how hard it would be to work through that so she didn't want to continue on,” says Lacher. “I didn't know what I was going to do.”

She chatted with her husband Dirk Hermanns and they decided they couldn’t just leave a void in the market. Within a few weeks of closing, the pair opened their own kitchenware store called Nicetys right down the road, hiring the employees from the recently shuttered shop. It was 2017 and they knew the massive Lakeshore Road construction project was slated to begin in Spring of 2019, wrapping up in Fall 2020.

Lacher focused that first year on raising awareness about the new shop. “We wanted to make sure that customers knew there was still a kitchen store downtown,” she says. Lacher admits that even with her high level of experience, opening the store had been rushed and unplanned. It was the marketing element that felt a bit foreign to the Nicetys owner.

“It's really tough to know how to advertise and how to reach out to your customers – nobody reads the newspaper anymore (and) people are learning to tune out on Facebook and Instagram,” says Lacher.

With the impending construction and the headache of closures and traffic reroutes hanging over Nicetys, she knew she needed a strategy. So she connected with Digital Main Street. The program, which combines grants and one-to-one support from the Province of Ontario and the Ontario BIA Association to help main street businesses across Ontario strengthen their digital and online capabilities, had been advertised as part of the construction mitigation strategy for Oakville businesses.

But construction was already underway by the time Lacher was able to start the program. “It's been a disaster – some customers just stayed away from the area because they didn’t know where to park or how to drive around… the signs were very poor.”

In the middle of the summer, a few months after the road was torn up, Lacher was able to dig in on the program. Her initial thought was that she’d use the $2,500 from the Digital Transformation Grant to update the Carol’s Nicetys website. But after working through the instructional videos and sitting down with the Digital Service Squad specialist, Lacher’s vision pivoted. The costs and time involved in creating an online shop put it out of the question, at least in the near term. “We probably have more than 8,000 SKUs,” says Lacher. But building a proper social strategy seemed like a good way to impact the business at that exact moment.

“I got an education on how to use Instagram and Facebook because I don't use it personally,” she says. The shop owner was able to start promoting posts and targeting ads. The squad member even helped her create better content and photos. “That benefited us greatly… it's not a lot of money but it's really helped.”

In July, she started strategizing a bigger digital transformation – migrating the kitchenware store’s POS, inventory and database management systems over to the cloud. “That (way) it could be used on iPads, we could have scanners and we would have more flexibility and develop our customer base.” The grant didn’t cover the whole project but it did bring down the cost of the hardware and software. The digital specialist helped Lacher through the whole process.

“She was able to say, okay, this, this, and this, and make recommendations and educate me so that I could shop around and make the right choice,” says Lacher.

She feels a lot more confident. Aside from a few cosmetic things, the construction is done along the stretch of Lakeshore where Nicetys is located. Phase two is in the process and Lacher says she’s not sure how much it will impact her business specifically. But if there is some silver lining, the kitchenware store now has a plan in place to expand its presence and bring new people in the door. That is after all what she loves most about the business – the chance to get to know the customers. “It's not just a job for all of us.”