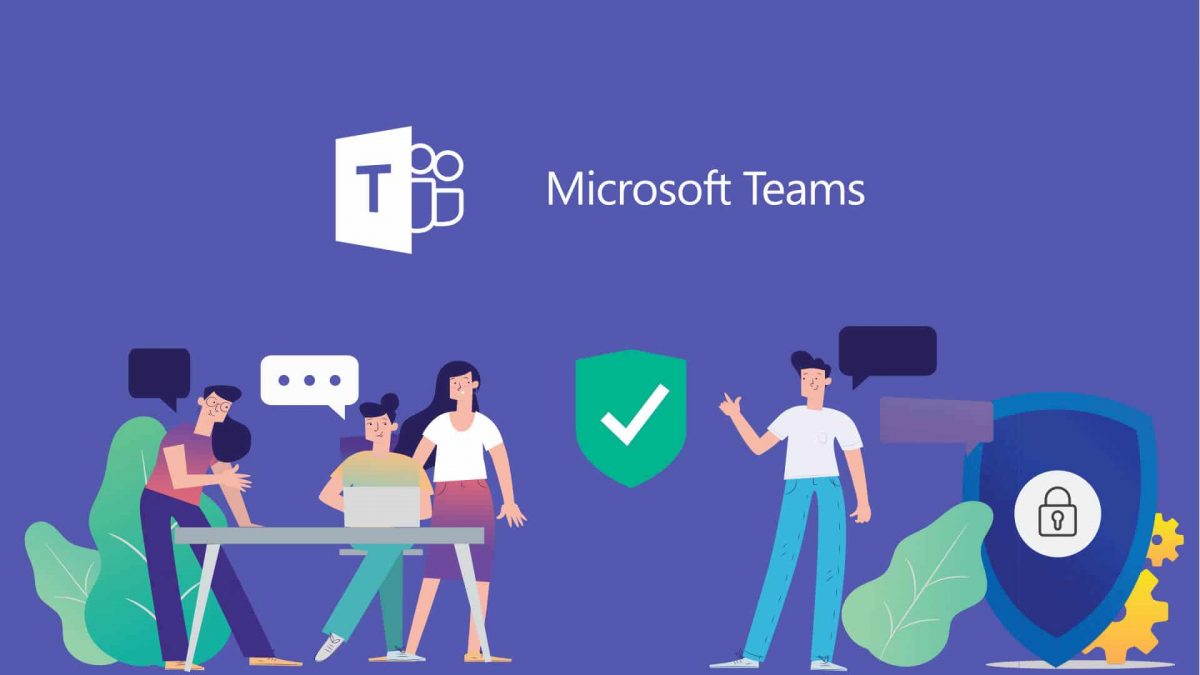 Microsoft Teams: A Beginner's Guide to Teams in Office 365

This comprehensive guide covers everything you need to know about the chat-based communication and collaboration platform Microsoft Teams.

SEE: All of TechRepublic's cheat sheets and smart person's guides

What is Microsoft Teams?

Teams is Microsoft's take on chat-based communication for business, its answer to competing platforms such as Slack and Atlassian's HipChat.

In its simplest form the service allows users to set up Teams, each of which is essentially a hub for group chat rooms, which are called channels.

Multiple chat rooms or channels can be created within a Team and to help keep chats easy to follow, conversations are threaded, flow from top to bottom and notify users of updates. If users need face-to-face conversation, they can jump straight into voice or video chats with other channel participants with a single click. The number of participants in a video chat is also set to grow, with Microsoft integrating the Kaizala messaging service for large-group communication into Teams.

However, Microsoft is pushing the platform as being more than just a chat hub. Teams is integrated with Microsoft's online office suite Office 365, which means it is tied to other Microsoft Office services, such as Word and Excel, as well as its cloud storage and sharing services such as SharePoint. PowerPoint, OneNote, Planner, Power BI and Delve are also integrated with Teams.

Consequently any documents, spreadsheets, presentations and the like that are shared within a Team are synced with a copy stored in Microsoft's OneDrive cloud storage and a local SharePoint environment, so every Team member always has access to the latest version. Collaborative editing of this shared content is also possible, with each user's changes reflected in the Office software in real time.

Alongside this integration with Microsoft's wider suite of services, new functionality is being added into Teams over time, such as the recently added Schedule Management feature, some of it industry specific, such as Microsoft Teams' patient-care co-ordination service.

Even if someone doesn't like using Microsoft Teams, the service's integration with Office 365 means that important updates or content generated within the collaboration platform can be flagged up outside of Teams, for instance Microsoft Delve might highlight an update to an important shared file.

Team channels can also communicate with outside services via Connectors. Connectors already exist to push updates from GitHub, Evernote, Zendesk, MailChimp, SAP SuccessFactors and Salesforce to Teams' channels and an API framework is available to allow more to be built, also allowing businesses to link their own internal apps. On launch, Microsoft Teams shipped with over 70 Connectors and 85 Bots, which can participate in conversations. From within Chat, every Team channel has access to T-Bot, a bot that can answer simple questions about how to use Microsoft Teams.

Access to files, internal sites and dashboards is automatically controlled by Office 365 Groups and SharePoint, with users able to create a new Group or attach the Team to an existing Group when creating the Team.

Microsoft Teams is designed to meet the same security and data protection standards as Office 365 and is Office 365 Tier C compliant. The service enforces two-factor authentication, single sign on through Active Directory and encryption of data in transit and at rest. Microsoft is also adding controls to help organizations protect sensitive information from being shared or leaked. Information barriers allow firms to limit which team members can communicate and collaborate with each other. Due later in 2019, Secure Private Channels will let organizations control which team members can see conversations and content in a specific Teams channel.

How to use Microsoft Teams?

Microsoft Teams is designed to provide an easier way for small groups of people to communicate and collaborate.

The defacto approach of communicating via group emails and sharing files via a patchwork of different services is difficult–or so goes Microsoft's rationale–with the potential for missed messages and files. This is the problem Microsoft Teams is designed to solve.

Microsoft argues that Teams' trump card is its tight integration with Office services and Groups, which allows users to seamlessly and securely switch between editing documents, shared dashboards and planners, and group chat, video and voice calls. That simplicity of just setting up a Team and having access to all these shared services–without the need to spend hours configuring them–is part of what Microsoft sees as Teams' selling point. Microsoft Teams integration with email also allows messages sent to a designated Team address to be copied to a conversation in Teams.

As Teams gains new features, Microsoft is encouraging users of Skype for Business to start planning to migrate to the platform. In June 2018 Microsoft added support for Direct Routing, enabling customers to use their existing telephony infrastructure for Teams to create a “full voice service”, when combined with Microsoft's Phone System for Office 365. Microsoft Teams is available in an increasing number of meeting room setups, with the service accessible via Skype Room Systems, on conference phones running Skype for Business, and in preview form on Surface Hub. Due to Teams incorporating these features, support for Skype for Business will end on 31 July 2021, with new Microsoft 365 customers moved onto Microsoft Teams by default from 1 September 2019.

Microsoft answered calls to make cross-organization working in Team easier in March 2018, when it began rolling out guest access for users without a corporate account. The service is also in the process of being rolled out to US government agencies that use Office 365.

Since launch Microsoft has integrated apps and services with Teams, both in-house Office 365 such as Excel, as well as those from select partners like Trello, InVision, and SurveyMonkey. Users can include information directly from these apps in their conversations without having to include screenshots or hyperlinks. Searching for people has also been improved, with the addition of a Microsoft Graph API-powered app called “Who,” that will allow users to search for people in their organizations by name or topic.

Microsoft has brought various new features to Microsoft Teams in 2018. These include recordings of meetings being uploaded to the Azure cloud, alongside timestamped transcriptions, with automatic translation of chat messages and of automated captions.

Microsoft has also integrated Teams with its augmented-reality headset HoloLens to enable a Remote Assist feature. This feature allows a worker in the field wearing the prototype headset can share video of what they're looking at with an expert back at head office using Microsoft Teams.

Who are Microsoft Teams' competitors?

Teams' main challengers are the chat and collaboration services Slack and Atlassian's HipChat.

Slack released before Microsoft Teams, and speaking from personal experience, using a mix of Slack and Google Apps for Work provides a relatively straightforward way of collaborating and communicating with colleagues. Slack has also released its Enterprise Grid service, targeted at serving the needs of organizations with between 500 and 500,000 users.

Slack is also available as a Freemium product, with the price rising to $6.67 per user per month for small-and-medium-sized businesses, $12.50 for larger businesses, and custom pricing for the biggest companies and those working in regulated industries. Teams also offers users a limited set of features for free, although the full service requires an Office 365 for business subscription, costing about $12.50 per user per month, which also includes a full suite of Office services.

In a counter to Slack, there is also a free version of Microsoft Teams, released in July 2018, which doesn't require a business version of Office 365 or a Microsoft account.

Aimed at small-to-medium sized business, the free service is limited to use by 300 people, includes unlimited chat messages and search; audio and video calling for individuals, groups and teams; 10GB of team file storage and 2GB per person for personal storage; guest access. integration with Office Online web apps alongside more than 140 apps and services.

Since the free version of Microsoft Teams was introduced in July 2018 there's been marked growth in Teams' user numbers.

As of March 2019, there were 500,000 organizations using Microsoft Teams and by July 2019 more than 13 million people were using Teams more than were using its rival Slack at the time.

For his part, Slack's founder and CEO Stewart Butterfield dismissed the significance of the growth in Team's user figures at the time, saying the adoption of Teams reflected it being bundled with Office 365, adding “I don't think that's really a threat”.

Who does Microsoft Teams affect?

Microsoft Teams for Education has a range of features designed to help teachers and students: such as the ability to pull timetables from the school information system, integrated OneNote class notebooks and assignment management tools to assist teachers in grading and providing feedback.

Microsoft Teams is cross platform, with clients for Windows, macOS, Android, iOS and the web. Android and iOS users can use Teams for 1:1 calls via VOIP or phone systems, with iOS users able to share their screen, live video and photos with other Teams users.

When and where is Microsoft Teams available?

Teams is available to Office 365 customers across 181 markets worldwide and in 53 languages.

How do I get Microsoft Teams?

Microsoft Teams is enabled by default for most organizations using Office 365, with the only requirement being a subscription to one of the licence plans outlined above.