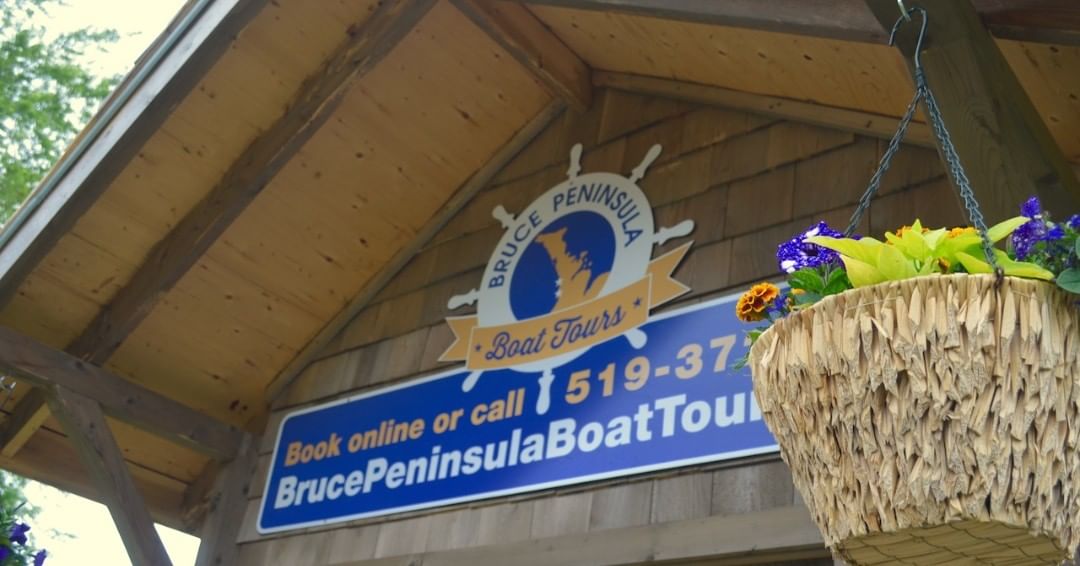 Three or four times a year, Donna Stewart, owner of Bruce Peninsula Boat Tours, sends an update called Tour News to her 700-strong email list. But the one this past fall was different, this time around she took a more candid and personal approach.

Three or four times a year, Donna Stewart, who co-owns Bruce Peninsula Boat Tours alongside her husband Peter, sends an update called Tour News to her 700-strong email list. But the one this past fall was different, this time around she took a more candid and personal approach.

“We shared the story of why we're doing this and what it means to us having started in the Sauble River and how my great, great grandfather owned all the land at the mouth of the Sauble River and he was the first landowner that divided it up for cottages,” says Stewart. Both Peter and her family’s ancestors were in the lumbering business on the Bruce Peninsula. “I really took a much more personal tone than I've ever done before… I told our story and let them into our family.”

She felt an instant connection, people responded to the newsletter, they offered well wishes and thanked her for sharing her story and all her company brings to the area.

“Being more personal resonated with people and I got direct feedback… I know I need to move more in that direction,” says Stewart. “My generation likely thinks that sometimes that's unprofessional (but) it's kind of a misguided concept of what professionalism is.”

Stewart doesn’t stagnate. She doesn’t cling to old ideas and she’s comfortable advocating for the community she calls home. Since 2005, Bruce Peninsula Boat Tours has been exposing people to the treasure that is the Bruce Peninsula with its crystal waters and still unclaimed coastlines. It was initially just Peter doing what he loved on a casual basis, sharing the history and stories of the area on small tours. Donna joined him in 2015.

Today, the business runs tours of the Sauble River and the Islands of Lake Huron, departing from just outside Sauble Beach and a few minutes north from Oliphant.

A lot of people may not be aware of the indigenous history here and we're really trying to help bring that out,” says Stewart. But it is also intensely personal with her family heritage in the area. “At our age when you're doing something, you've got to feel like it's still important, like what you're doing matters.”

Stewart says that a lot of people may not be aware of the indigenous history in the area. “We're really trying to help bring that out,” says Stewart. But it is also intensely personal with her family heritage in the area. “At our age when you're doing something, you've got to feel like it's still important, like what you're doing matters.”

This past summer they launched a new location in Sauble Beach, and with that, Stewart says she knew it was time to build an online presence. They connected with the Digital Main Street program which had rolled out in Bruce County. Digital Main Street leverages grants and one-to-one support from the Province of Ontario and the Ontario BIA Association to help main street businesses across Ontario strengthen their digital and online capabilities.

“For my age, I think I'm not that bad with technology but I still don't think like a digital native,” says Stewart. “Digital Main Street is helping me think younger and get my finger more on the pulse in a way that I haven't been able to without some assistance.”

Bruce Peninsula Boat Tours has the newsletter and social media. Plus there’s the online booking engine.

“We're using tools like that,” says Stewart. “But when I have to do those things, I'm kind of blind… I don’t know the good products, which might be cheaper, more efficient…”

She says now that it’s the off-season she’s been diligently working one-to-one with the local Digital Service Squad and through the Digital Main Street videos, making notes on things she could improve. She’s added highlights to the brand’s Instagram page and included signage with social media usernames and hashtags to encourage further engagement from people who take the company’s tours. She’s also applied some of her knowledge gained through the training to track her website analytics and pivot as need be to further attract clients.

“I mean, they're little things but they're the kinds of things that aren't natural to people my age,” says Stewart. She points out that they’re a small operation which makes them flexible enough to make these changes. But it also means making these changes are critical to staying competitive. “We have to find all the ways we can to be efficient and lean into our operations if we're going to be successful long-term.”