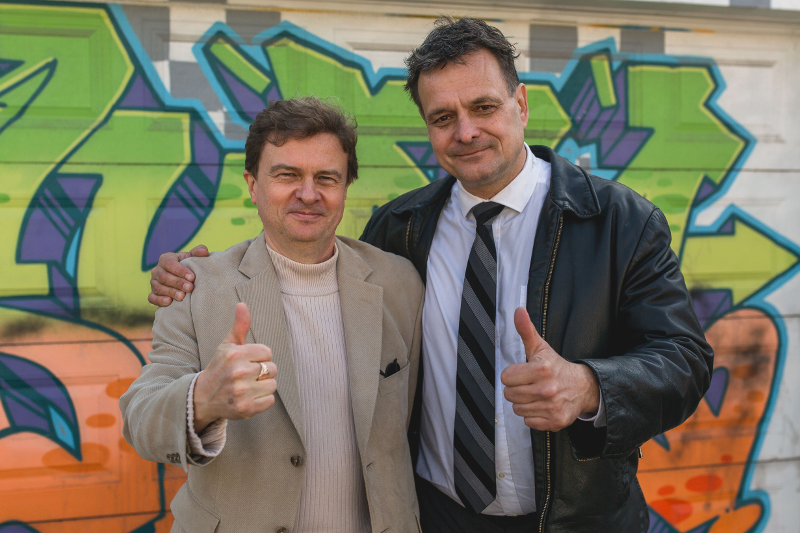 With growing emphasis on the social, environmental and economical benefits of buying local food, Toronto entrepreneurs John Cowie and Rob Elms have developed Carptor, a web and mobile database for finding local food wherever you are.

Food is in the midst of a kairotic moment, a point of transition where an overwhelming majority of people want to know what it is they’re putting in there bodies, how healthy it is, where it comes from, how it impacts the environment and how it impacts their community. Rob Elms, co-founder of Carptor, a free website and app that helps users search for local food vendors and farmers markets around the world, understands that.

Which is why the time for the Toronto-based startup is now.

He describes the mounting predilection towards local foods on the whole as a gentle seep starting with eating healthy and environmental responsibly. But the economic aspect has never been more apparent.

“It’s starting to grow in awareness (people are wondering) what kind of shape is my local economy in and how can I help it by buying something that’s local?” says Elms. “I think people are finally starting to connect the dots on that and realizing if they don’t support local business they may not have a job either.”

So a year and a half ago, Elms, whose background lies in the carbon-trading sphere, sat down with John Cowie, an online strategy and mobile development entrepreneur, to create a platform for connecting consumers with local food. Since launching in early 2016, the app has grown its searchable database to eleven categories – including bakeries, fish markets, wineries and small grocery stories – and developed an international following on Twitter.

But Toronto has proved the ideal test bed for the roll out, with West Queen West shepherding the beta launch.

“I know (WQW BIA executive director) Rob Sysak from my previous work in the carbon space,” explains Elms. So he brought the concept to Sysak, who tirelessly loaded the dense array of local businesses onto the platform. With the businesses on Carptor, Elms says time-strapped entrepreneurs can use it as a landing page to share information about their business.

“It’s not a Google search, it’s a (local focused) database,” he says. “Once they create a profile, the owner of the business can adapt it the way they want to, it kind of becomes their mobile-friendly presence –­ you can list whatever products you want and as long as there’s someone out there doing a search, they’ll find you.”

Carptor is still in its infancy, hoping its roots planted in the Toronto local food ecosystem will help it grow to a critical mass where users bring businesses and businesses bring users. But there’s no illusion in Elms’ mind that it’s going to take a bit of time to create that membership. That’s part of the reason they’ve made the service free for users.

“I’ve found it to be an interesting journey so far,” says Elms pointing out that the “digital main street” is happening whether or not small businesses realize it. And mobile is a vital part of that.

“So many Canadians, particularly younger, want to be on their phones versus going and sitting down in front of a desktop, they want to be doing things on their phone and on the move,” he says. “You need a presence in that space.”