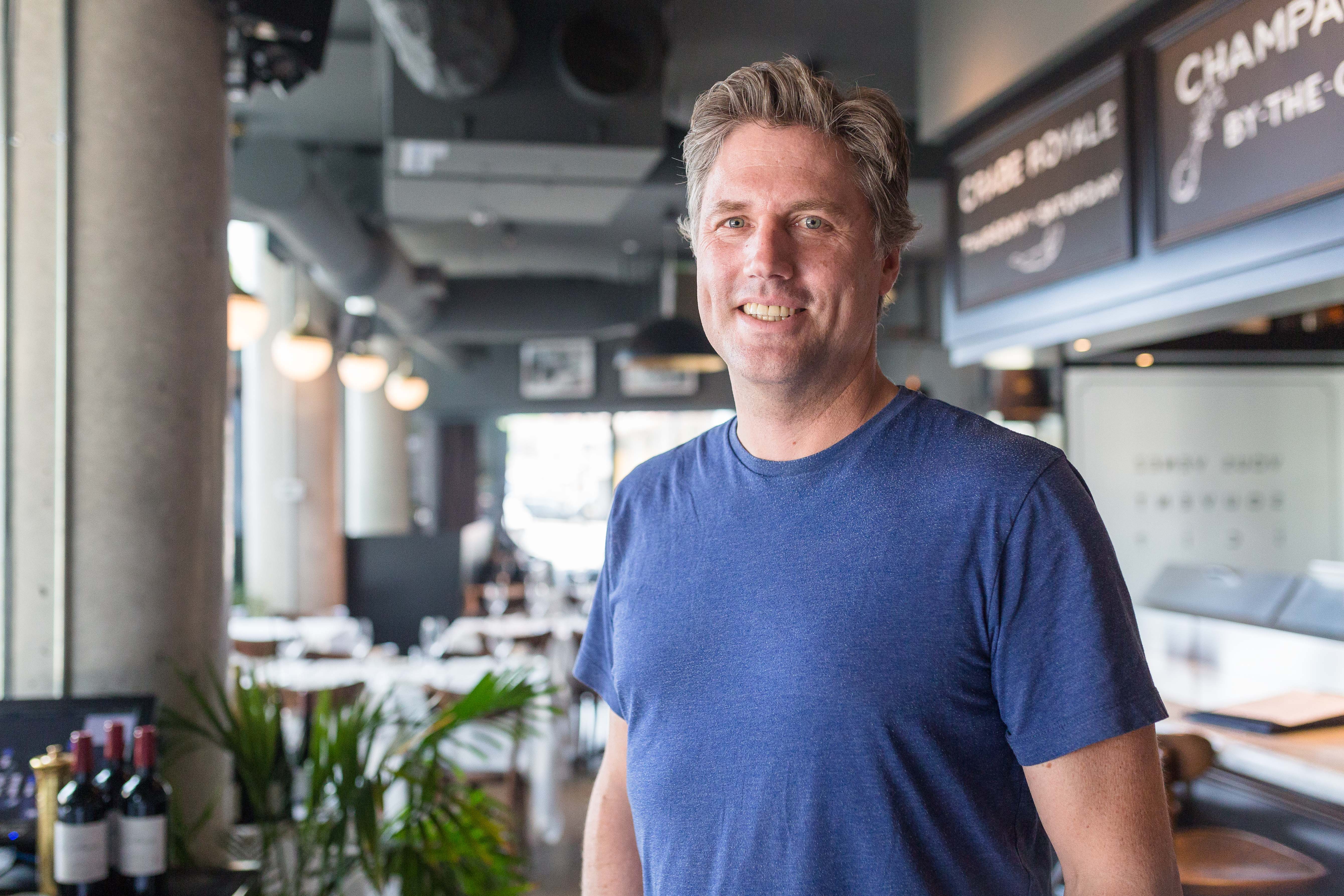 With an eye on disrupting the commute, Toronto start-up Flexday is working with restaurants to transform them into fully-outfitted co-working space during the daytime hours and bring more business through the doors.

In France, the cafés and brasseries have long been regarded as the bastions of intellectual ideation, the meeting spaces for enterprising creatives. So its seems all too fitting that restaurateur Erik Joyal’s Gare de L’Est Brasserie would be one of Toronto’s first restaurants to get onboard with Flexday, a Toronto-based startup which transforms beautiful, idle spaces – namely restaurants – into fully-functional daytime co-working spots.

“More and more people are working in a remote fashion, you only need to go into a Starbucks to figure that out,” says Joyal. “This provides a much more civilized and structured environment.”

Flexday, launched last year by Justin Raymond a serial entrepreneur and former head of taxi hailing platform Hailo Canada, outfits restaurants with the holy trinity of co-working spaces – high speed wifi, charging stations and drip coffee (plus tea and water). For $49, members have unlimited access to all Flexday locations. It’s a stark contrast to the average price of a hot desk in Toronto which rests around $400.

So far the concept has picked up with fifteen spots throughout the city including Marben, The Fifth Pubhouse, The Beverley Hotel, Locus144, C'est What?, the Wickson Social, Prohibition, Victor Cafe and Pray Tell.

And Flexday couldn’t have entered the market at a more perfect time says Joyal.

“We have a lot of downward pressure on margins with the rising cost of labour and the rising cost of food and rent,” he says. These elements are pushing restaurateurs to look at ancillary revenue streams including things like UberEats and Foodora, “where the restaurants can generate revenue without actual bums in seats.”

Joyal, who says he’s known Raymond for 25 years, quickly identified the knock-on effects of participating in something like Flexday.

“You're putting people into the four walls of your restaurants that may otherwise not be there and in doing so you're able to possibly have that person form a relationship with the space and the people that work there,” he says. “The hope is that it translates into business beyond them spending time tapping away on their laptops.”

Not to mention the fact that it offers restaurants a chance to up-sell Flexday drop-ins with lunch and lattes.

Raymond, Flexday’s founder, says he plans to expand to 50 locations by the end of the year.

“The restaurants love it because there's absolutely no cost – our program is very turnkey and the on-boarding and training for the staff is very simple,” he says. Plus, it brings a significant amount of marketing and awareness to the space, letting people know they are there, and driving a significant amount of people through the door. “We work with restaurants that are open during the day so that adds revenue to their lunch business and help transition to dinner as well.”

And it gives restaurants a chance to be the centre of the neighbourhood, that meeting place for exchanging ideas.

“I think every small business, especially in the restaurant world, has a chance to start looking at innovative concepts to see how that can help introduce more people to their business and grow the number of relationships they have,” adds Raymond. “This is where neighbourhoods start to come together.”