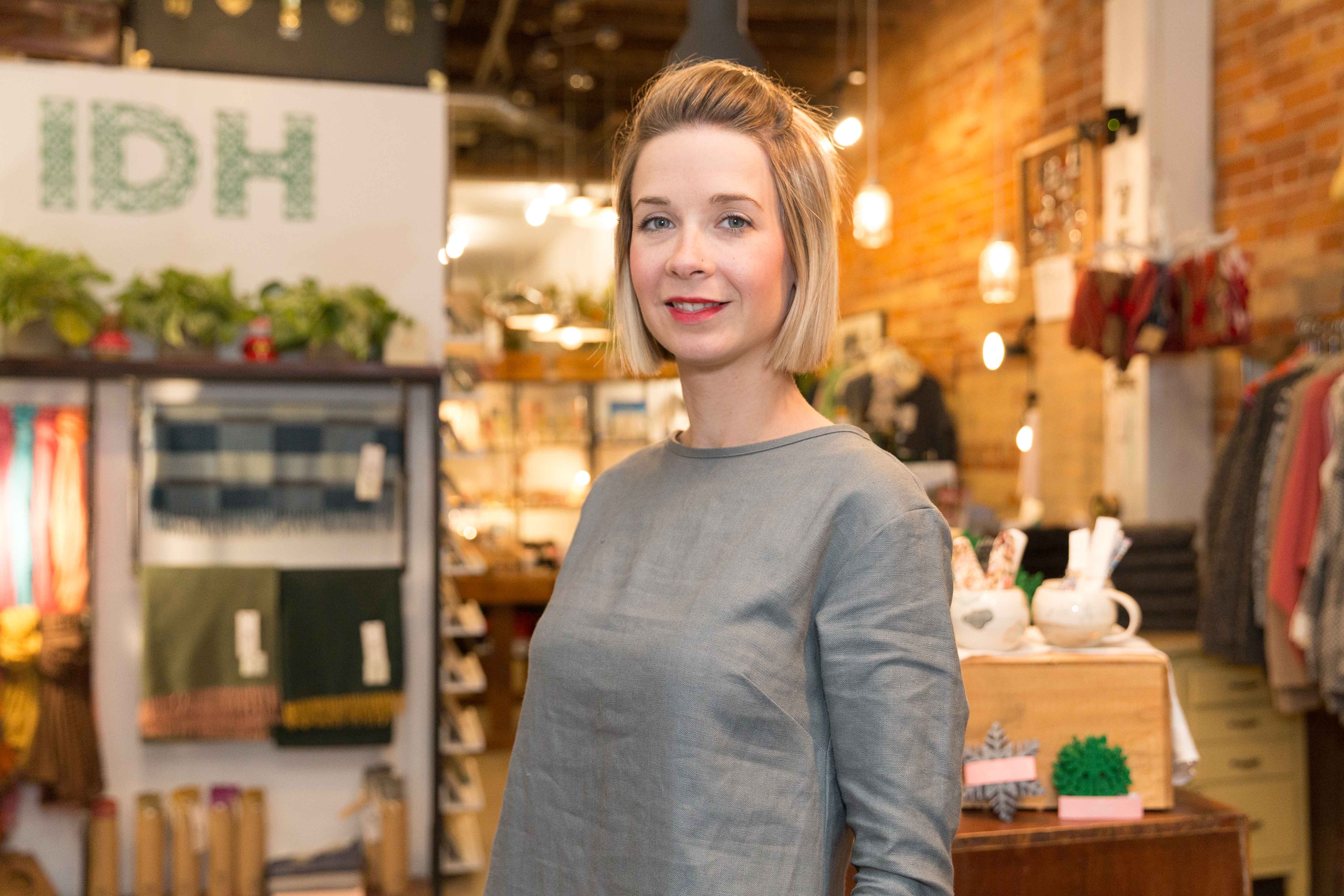 For the past three years Irish designer Sinéad Clarke, has been introducing Toronto’s Riverside neighbourhood to artisanal wares from back home through the Irish Design House and her own label FADA. Now, using a knowledge-base built through Digital Main Street, Clarke is taking a digital first approach to expanding across Canada and into the U.S.

A year into her two-year visa, Irish designer Sinéad Clarke decided to open up a pop-up in Toronto’s Riverside neighbourhood to showcase FADA, her line of hand-made knitwear and accessories. Realizing she didn’t have enough designs to fill the space, she tapped her network back in Ireland, pulled together artisanal goods from 12 other designers and launched the Irish Design House in August 2014.

The would-be six month experiment has since spiralled into three years, a permanent residency in Canada with full citizenship on the horizon. “Our pop-up shop didn't pop up… it stuck around,” says the FADA designer.

Today, the Irish Design House imports and sells handmade products from 65 different artisans – from knitwear and jewelry to stoneware bowls and mugs and perfume. “It’s really traditional crafts and (pieces) all made by individuals in Ireland,” she says.

Clarke has been designing and manufacturing her own clothing under the moniker FADA (formerly EssenC) since 2007. Her first big break in Canada came with a successful stint at the One-of-a-Kind show in Toronto, showing off her line alongside designers from all over the world.

Since launching her shop and studio, she’s expanded, designing a spring summer collection and working with a local Toronto sewing shop, marrying her Irish roots with Toronto’s vibrant maker community.

But she knew from opening that the expat community and Canadians with Irish heritage would be a driving force for her shop. “90 per cent of our Canadian customers and people that we meet have a story about Ireland,” she says Clarke. “It's lovely for us to hear all these stories.”

But rounding the corner on her fourth winter with the shop, Clarke knows it’s time to expand her client base.

This past summer, Clarke learned about Digital Main Street from a Riverside BIA representative. “She told me about this course they were running that was helping with your Google and Instagram presence… how to transform your business from a storefront to really get it going online,” says Clarke. “I immediately signed up for the next available course.”

It was eight weeks long, with sessions once a week so Clarke hired an intern to run the shop on the days she was out.

“There were some things I already knew (about digital),” says the designer. “But there were other things I had no clue about like testing the speed of your website, how to track things, what tags to use when you're putting something on Google.”

The course provided a foundation for digital marketing, something Clarke hadn’t had a lot of time to devote herself to up to that point.

“When it's a store or a restaurant, you're open and dealing with everything that's happening right now… you can't step away from it,” says Clarke, who’s already balancing her own line and the shop.

Which is why it’s critical to build a cohesive strategy, something the design house can execute in and around the day-to-day. “We put together a digital transformation plan,” says Clarke. “Every week we log in and make sure our (Google) listing is as good as we can – it obviously can be improved every time but we're still young and learning and trying to build it up.”

She’s noticed a spike in clientele – partially due to the fact they just installed their first permanent sign and partially as a result of their growing social presence through targeted Facebook ads and Google AdWords. “Eventually, we want to advertise on a much wider scale and have people all over Canada, all over the states buy our products,” says Clarke. “It’s all the little things combined that make it work.”