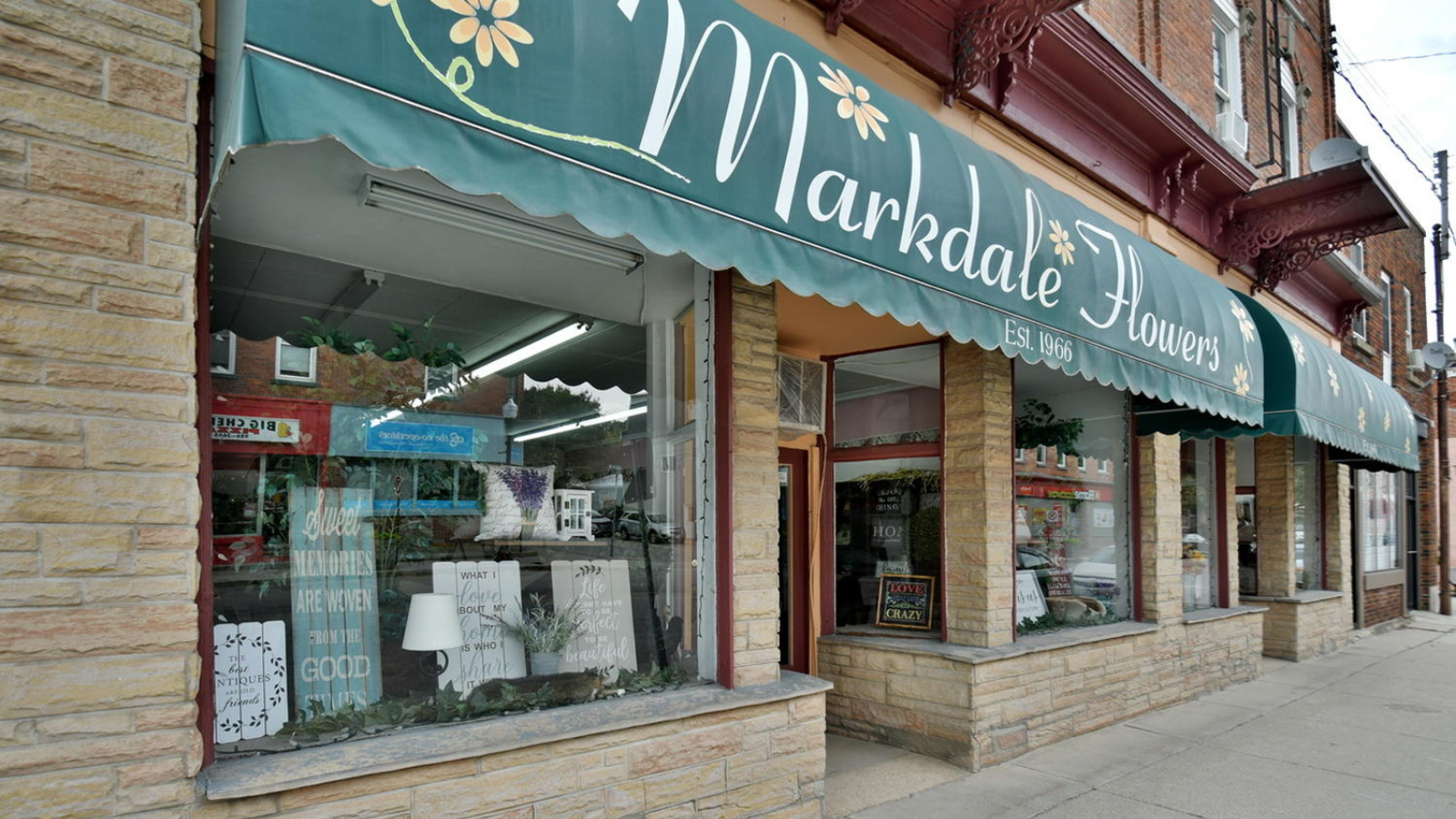 For Kimberley Lewis, owner of Markdale Flowers, 2020 was full of those days where you just have to go with it. It was a year of last-minute Zoom weddings and massive parties cut from 120 people to 20. It was unpredictable, strange and emotional.

But it was okay because for Lewis, being a florist for the past seven years has always meant embracing the chaos and finding some sort of balance. And ultimately, she suspects on the other side of the pandemic, it’s going to be less about what happened but how businesses adjusted that matters.

“In a year or two, the ones that are still gonna be excelling and coming out on top are the ones that have been willing to think outside the box and try something different,” she says. And that’s what Lewis has been doing – she’s been thinking outside the box. To do that, Markdale Flowers has enlisted the help of Digital Main Street, a program combining grants and one-to-one support from the Province of Ontario alongside partners like Google to help strengthen her online capabilities and plan for the digital future.

“People are gravitating to Amazon and these big stores because they're already online, right?” says Lewis. But the drive to buy local is there, it just needs to be as convenient and competitive as the larger e-commerce incumbents. That’s why she’s been working tirelessly to get a website for all her giftware up and going. “So that instead of them shopping on Amazon, they're shopping at my store.”

Markdale Flowers, which Lewis took over a year-and-a-half ago, uses Lovingly, a platform for florists to create their website and online shop but also dabble in targeted ads through social media and Google. She says she’s seeing a 10-to-20-time return on her Google ad spend.

But it’s also highlighted the importance of the website. “We have lots of customers that will call us and say, oh, I was on your site and I like such and such arrangement,’ ” says Lewis. So they’re not necessarily booking through the site but they’re using Google to find the florist. That’s one of the reasons she’s put so much emphasis on keeping the business’s digital presence up-to-date.

“I’ve been very proactive on my Google listing,” says Lewis. “Every month or two, I take some more pictures of the gifts that are in the store, or we take a picture of some of the arrangements that we've sent out recently…  just putting them on that platform to make sure that it’s constantly refreshed and something’s different and new.”

Markdale Flowers received a $2,500 digital transformation grant through Digital Main Street and applied for a second. The money has helped with content, ad spend and getting a point-of-sale system that bridges the gap between what’s in store and what’s sold on the website. “It’s spending time and money wisely,” she says. Inventory needs to be done. “So why not take a picture of it, count it and, and do it all so that it’s all in the same system?”

Going forward, Lewis says she plans to keep her content fresh. They’ve been hosting virtual workshops and keeping pace with online orders. She’s also working on an email newsletter to reach the demographic that isn’t on social media.

“I think you try to reach out to (customers) in different ways,” she says. “It's just a matter of trying to adjust things or make things work better for everybody.”