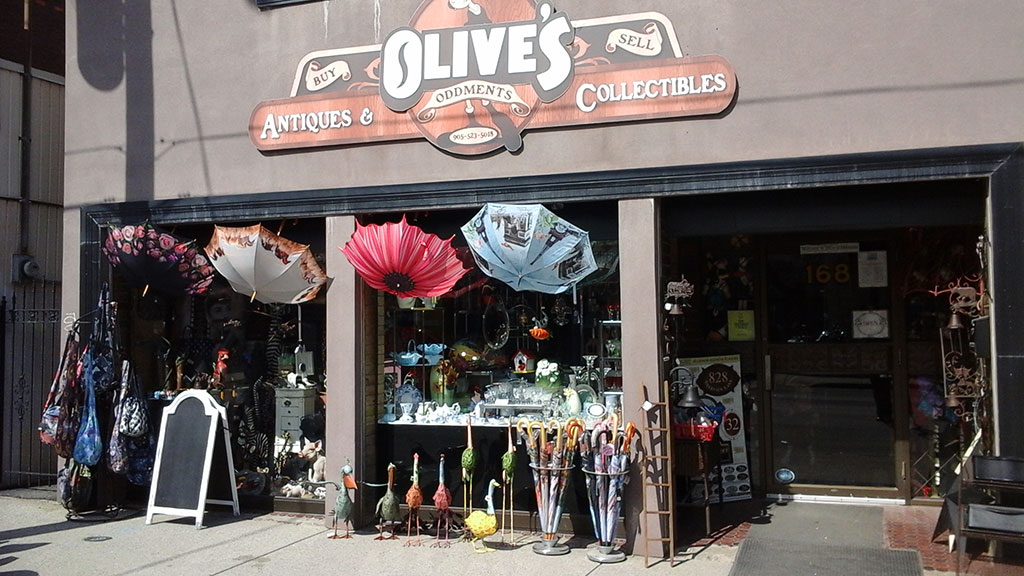 With Hamilton’s Locke Street under construction, Thompson has seen an unprecedented interruption to that foot traffic. “We've been in business 35 years and this is the worst year we've ever experienced as far as traffic flow.”

For 35 years, Olive’s Oddments in Hamilton has seen a steady flow of customers through the door to peruse the I Love Lucy ephemera and Nightmare Before Christmas sundries.

“They don't always buy it, but you know when they're at least coming in, it's giving them the opportunity to see things,” says Dana Thompson, the shop’s owner.

But this year has been different. With Hamilton’s Locke Street under construction, Thompson has seen an unprecedented interruption to that foot traffic. “We've been in business 35 years and this is the worst year we've ever experienced as far as traffic flow.”

It’s the sort of hurdle that could level a main street business, but rather than stagnate, Thompson has decided to push herself out of her comfort zone and look to social media as a tool to pique curiosity. It’s a part of a wider digital transformation she’s undertaken through the Digital Main Street program, which leverages grants and one-to-one support from the Province of Ontario and the Ontario BIA Association, to help main street businesses across Ontario strengthen their digital and online capabilities.

“I'm old school, I got out of school when computers were just starting to come in,” says Thompson. “It's a whole different world now… it's not something I want to do or like to do, but the reality is you gotta do it and this is the perfect opportunity.”

Over the past few months, Thompson has been chipping away at the online training videos for the $2,500 Digital Transformation Grant. Through them, she’s raised her digital literacy but also helped pick out the right tools for her business.

“I don't want to sell online… I don't want to get into shipping and all that kind of thing,” she says. “But I want the awareness, I want people to know about my store and to come in, so I've been listing stuff and then getting them to pick it up – it's helped me get through this construction.”

It’s still early days for Thompson, but she recognizes that even though the collectibles she sells – all those Betty Boop statuettes and Wizard of Oz trinkets – are steeped in nostalgia, she can use modern, digital channels to draw the same curiousity-seekers Olive’s Oddments has been bringing in the door for 35 years.

“There's not a lot of shops like mine around anymore, everything is going online, which is kind of sad – you want to come in, you want to touch it, feel it, you know?” says Thompson. But she says she’s getting better at interacting with people online, and adding that personal touch – anything that helps boost awareness. “It gets people to come into the store.”