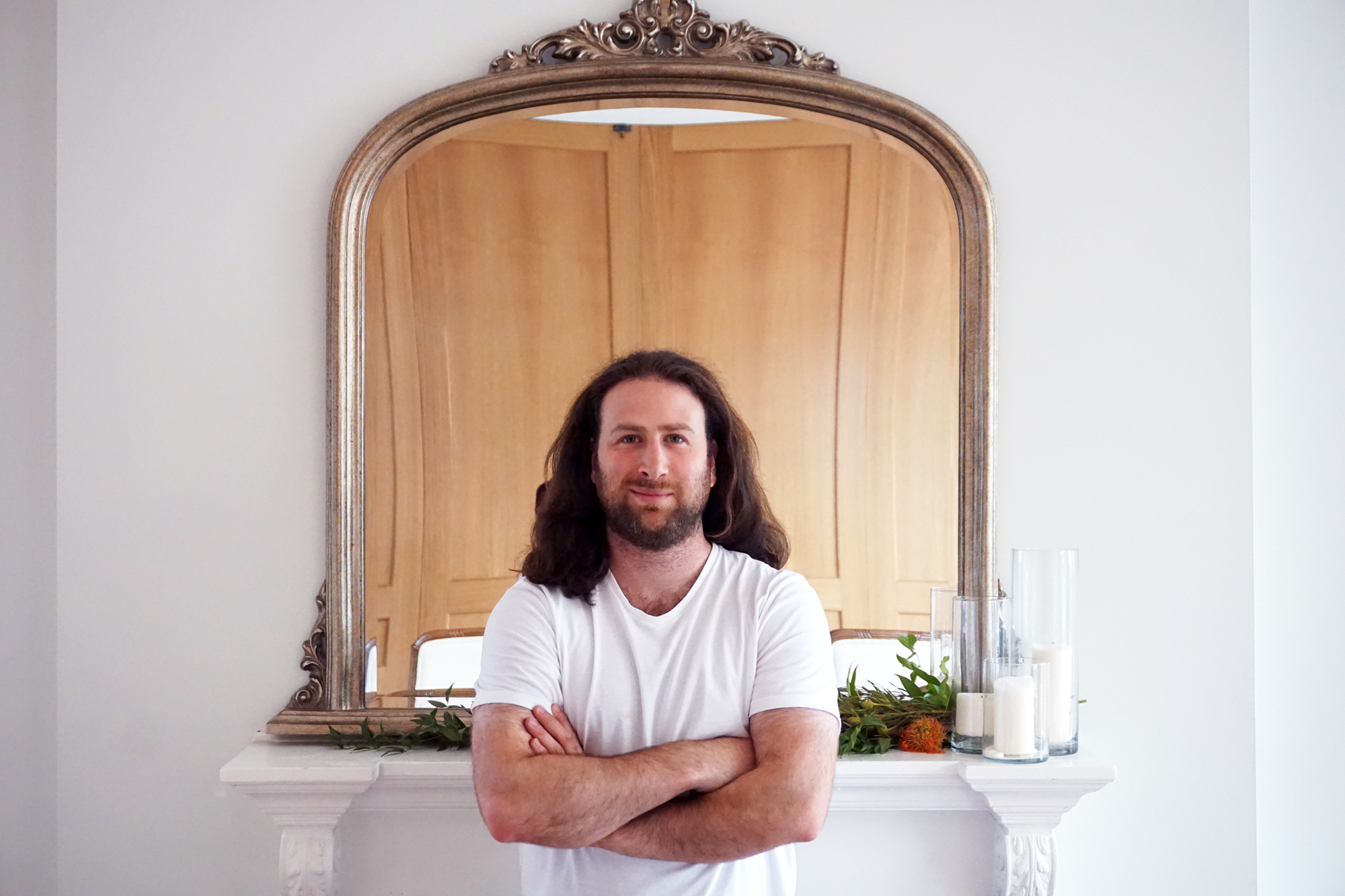 “When I did my pop up and I talked about the idea of opening a restaurant for six months on the second floor of a bar with no storefront,” he says. “50 years ago people only knew you by walking by your store looking in your window and figuring out who you were –now you can be cooking out of a backyard fire pit or wherever you want to be and still get your voice out to a targeted group of people that are going to want to come.”

Peter Pan Bistro treads the line between Queen Street’s past and a digital future Chef Noah Goldberg managed to clinch one of his dream spots for a restaurant, re-establishing the decades old establishment Peter Pan bistro in the heart of Queen West. Now his greatest challenge is preserving the past while embracing the future.

When Noah Goldberg returned overseas from his understudy in the renowned London kitchens of Wild Honey and St. John he had a shortlist of Toronto spaces in mind. Peter Pan bistro at the corner of Peter and Queen sat near the top.

“There are three or four spaces I dreamt about when I was moving back and was like if I could ever grab one of those locations…” says Chef Noah Goldberg.

“You can’t get rooms like this in Toronto, it needed to be preserved,” says the entrepreneur pointing out all the original elements – the tin ceiling, the moulding, the bar top, the bar back – all of it heirlooms to the days when this section of the city was, quite literally, Toronto. “It’s basically got a 2016 body with an 1890 shell.”

It’s been a two and a half years since Noah took over the space and a year and a half since Peter Pan Bistro was officially “re-established”– the apex of the chef’s 12 year career that has taken him from the kitchens of Susur
Lee in Toronto to working under Chef Daniel Boulud in New York and across the Atlantic to the U.K.

But while Toronto’s foodie environment begs certain forgetfulness amongst diners, a constantly mutating form with new eateries spiking out haphazardly in all neighbourhoods, Noah wanted something rooted in history.

Peter Pan Bistro has proved to be the perfect conduit, but Noah doesn’t plan on standing still.

“I think restaurants are living things, I think it’s hard to start with a restaurant in its natural form and make it profitable, it’s a lot of adjusting and working,” he admits. “ think that I completely underestimated the digital end of that – just the kinds of hats I would wear in here…that was sort of neglected.”

He points out that while the digital side has proved to be a lot of work, it’s a critical component of the business.

“It’s a job that needs to be taken seriously, it’s not just a sub-job for someone to do and jump on, it has to be a choreographed thing,” says Noah.

While the backend transactional side is still a mix of paperwork and cloud services, he’s focused his efforts on the frontend digital components using YP Dine, the Yellow Pages-run infrastructure – to host the website and keep the online elements in check. It also helps them keep the online menu consistent with what they’re offering. They have used loyalty programs in the past through Bookenda but the system is being updated by YP currently. The website is plugged into Google Analytics to get an idea of how visitors are finding and using the site.

But it’s social media that has proven to be one of the restaurant’s greatest digital assets.

“When I did my pop up and I talked about the idea of opening a restaurant for six months on the second floor of a bar with no storefront,” he says. “50 years ago people only knew you by walking by your store looking in your window and figuring out who you were –now you can be cooking out of a backyard fire pit or wherever you want to be and still get your voice out to a targeted group of people that are going to want to come.”

And it’s through this digital lens that Noah is able to preserve the past while still looking forward.

“I think it’s important to have a clear strategy when you’re starting and understanding the brand you want to project and what you want people to see and be targeted towards that and organized, ” he says. “It’s not a very difficult thing to execute, it’s just a matter of staying on brand and understanding what you’re try to do.”