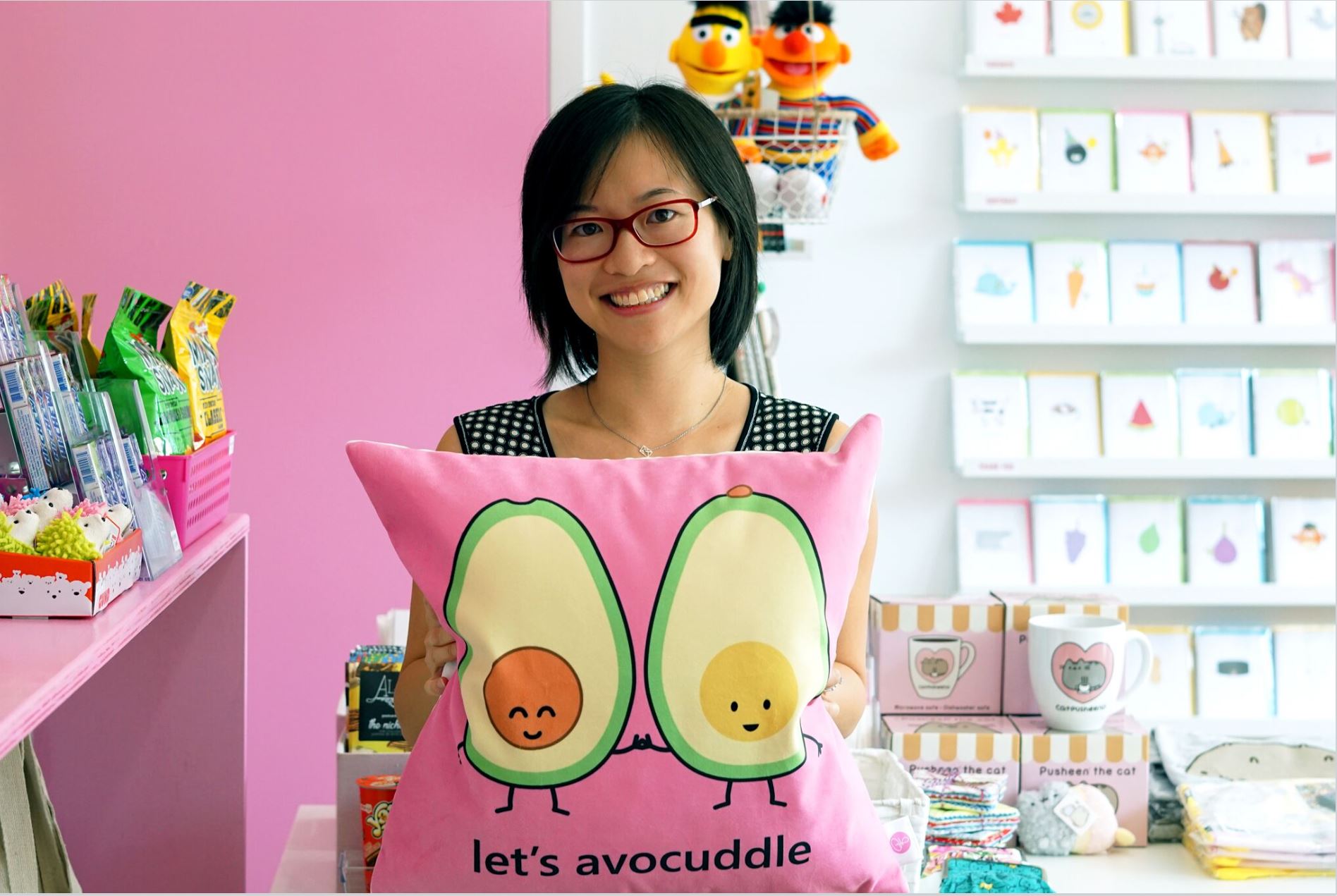 After seven years running Queenie’s Cards online, Queenie Best decided to open a physical brick and mortar location on the Danforth. Thanks to her digital tools like Instagram, Square and her e-commerce website, the transition was smooth, giving her the freedom to expand her offerings.

Queenie Best dreaded the thought of returning to her job as a graphic designer and photographer for children’s toys. “I didn’t want to go back,” she says. “I kept thinking: what am I doing with my life leaving my baby to do this job that didn’t have a lot of meaning to me?”

But the question was: what was next?

Under the moniker Queenie’s Cards, she’d been making cards and running a little online shop on the side since 2008. She used a WordPress e-commerce site and handled payments through PayPal. But it wasn’t until she stumbled on a YouTube video of the National Stationary Show in New York City that she realized she could make it a full-time gig and launch her own shop.

She quit her job and focused on Queenie’s Cards full-time, expanding from stationary to designing keychains, plush toys, phone cases and pillows among other gifts, all of which she sold online. Her big break came in 2015 when she was featured on Breakfast Television.

“That's when things started to pick up,” she says. “I invested in a really good website just to have that online presence, the first impression is everything.”

It was time to build a brick and mortar presence.

Here’s how Queenie’s Cards evolved from strictly online to a multi-dimensional, brick and mortar retailer:

“The majority of people who start an online business dream of having a shop,” says Best. But before doing so, it was important to establish a regular flow of new clients, enough that could sustain a physical space. The stationary show in New York City was just a trial run, she wanted to test out something closer to home.

“Through the (NYC trade show) I was able to get into the One of a Kind Show in Toronto,” says Best. “It’s twice a year so if that interest continues to come from new customers then that’s a good indication that maybe you can give brick and mortar a shot.”

It also helped her to work on her in-person sales expertise.

“Selling in person is completely different than online,” says Best. Did she even want to run a shop? To be in sales? Having a booth at shows like the One of a Kind Show helped her gage her own feelings. “Once you own a shop you’re here and you have to interact with customers all the time.”

On the other side of things, she leaned heavily on social media, crediting Instagram with helping her find her potential customers.

“Instagram is my biggest tool… if you’re selling products, take those pretty pictures, hire a photographer, it’s worth it,” says Best. “If you have bad pictures, nobody is going to come back.”

This past winter, Queenie's Cards had the customer numbers to open a shop but she needed the right location. As it turned out, Len, a shop at Danforth and Coxwell that was selling Best’s stationary, had decided to relocate to Hamilton. The location was perfect so Best jumped at the opportunity and opened her doors with a soft launch in May. The sales infrastructure transition was relatively smooth given she’d already established Square as her main method of pay at shows.

“I've always had a great relationship with Square – just plug in that little Square thing and swipe it,” says Best. “You can see all the inventory, all your live transactions and it tells you all the sales summaries.”

Currently, she divides her inventory between the shop at Danforth and Coxwell and her studio at home but there’s no question the leap to brick and mortar has boosted her visibility and allowed her to expand her offerings. Plus, customers can visit the shop to “touch and feel the products,” she says.

“They come in and see all the other stuff I offer…other things like Sesame Street,” says Best. “I have so much more freedom.”