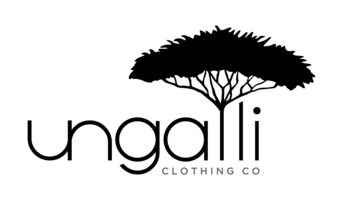 For Ungalli Clothing Co. founders Hailey and Bree Hollinsworth reading The Name of the Tree by Celia Barker Lottridge was a near-nightly occurrence in their childhood. Based on a Bantu folk tale, The Name of the Tree tells the story of a drought and the last fruit-bearing tree that will only lower its branches to those who know its name.

It’s a book that held the co-founders’ imaginations as children, a book that’s simple in its message: we can accomplish great things when we band together.

So in 2013, when the Hollingsworth sisters launched their Thunder Bay-based social responsibility-geared fashion brand, the tree’s name – Ungalli – seemed like a perfect name.

Ungalli Clothing Co.’s goal is to raise awareness of the negative impact the mainstream clothing industry has on people, wildlife and the planet, but not just raise awareness, the company aims to find a better way for the fashion industry. “In the summers during university, (my sister and I) worked at this clothing manufacturing place that made healthcare uniforms, scrubs and that kind of stuff,” she says. “We saw firsthand how unsustainable the industry was, there were things sent all over the world and they were using crazy chemicals to dye everything… it opened our eyes.”

The sisters heard of a fabric made from recycled water bottles and looked into it. They realized with good designs they could start a clothing company centred around that sustainable fabric. But the concept was proven digitally first.

The pair joined an accelerator program and won both a Top 30 Under 30 award for Sustainability Leadership in Canada, as well as the Quest Climate Grant from Canadian Geographic Magazine in December 2015 before launching a storefront on Cumberland St. in Thunder Bay.

Ungalli Clothing Co.’s products are designed and manufactured in Canada. In addition to its own lines, the brand also does wholesale, part of its mission to make sustainable fashion more accessible. The brand’s digital presence is key to educating consumers. A drop-down menu with each type of clothing the brand sells shows the impact of that particular clothing. For example, a t-shirt recycles 10 PET bottles, avoids one kilometre of driving emissions, saves 41 days worth of drinking water and cuts back on seven hours of bulb energy

This past year Hollinsworth heard about Digital Main Street, a program that combines grants and one-to-one support from the Province of Ontario and the Ontario BIA Association to help main street businesses strengthen their online capabilities. Ungalli Clothing Co. applied for the $2,500 Digital Transformation grant and received it.

In addition to SEO, the goal is to point the funding towards producing a brand Vlog.

“We feel like it's a cool way to connect with our customers and our audience and people who've kind of been following since the beginning,” she says. The aim will be to showcase the day-to-day aspect of the business and really give a behind the scenes look at what they’re trying to build.

The plans have been temporally put on the backburner as the shop funnels its resources towards producing non-medical facemasks for frontline workers and the community. It’s part of Ungalli Clothing Co.’s wider goal to show the impact we can have by changing our habits and making small choices.

In addition to cloth masks, they've also created a line of shirts where each purchase donates a mask to someone in need.

“There was a need in our community so we reached out to all of our suppliers to see if we could do mass production,” she says. “It took us a couple of weeks to kind of get everything organized and then we launched them and they've been selling like crazy.”