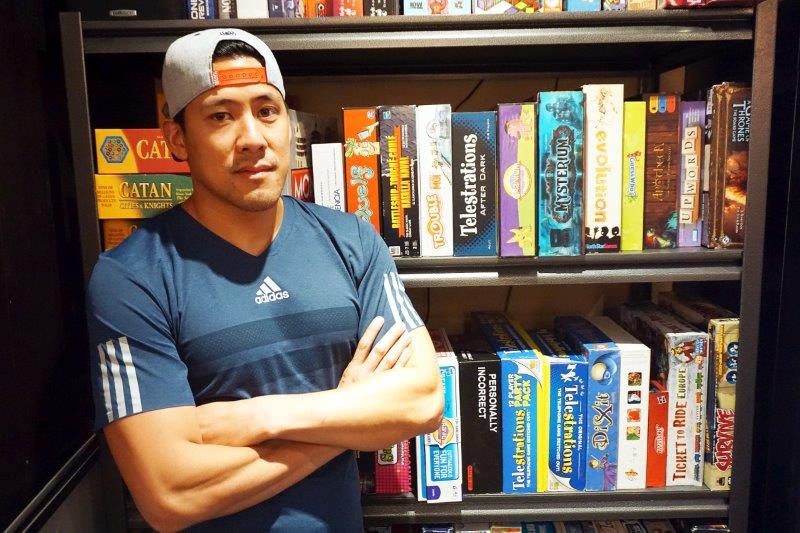 Amongst a swath of board game cafés opening in Toronto, A-Game Café keeps the feeling down to earth by letting the technology do its work behind the scenes.

Derek Fung knew nostalgia would be a factor in getting people through the door of A-Game Café, but keeping current with social media has proved just as vital to bringing customers into the board game café.

“It’s the bridge that makes it accessible to a larger audience than we would be able to get just by standing on the street saying ‘hey guys, do you play board games? Come check us out,’ ” says the entrepreneur. “It can give you a couple seconds out of somebody’s day that they wouldn't normally give you because a picture drew their interest.”

And it’s critical for drawing those customers into the space to play some of A-Game’s more than 300 games, especially given the cafés inconspicuous position on the second floor of a restaurant across from the attention-seeking Much Music building on Queen. Derek, who opened the board game café with his brother Gary in May last year, has even tried to expand the ties between the online community through Facebook, Meetup and more recently, a custom customer engagement and mobile payment app developed by Toronto-based ReUp.

With only 12 tables, it’s a relatively small space often filled with regulars, paying $3.50 an hour to play or $7 for the whole evening.

“The social aspect is what keeps people coming back,” he says. They’ve only been testing ReUp, which allows customers to add credit to their accounts and pay through their phones, for a month but it’s just one in a suite of digital tools the café has embraced.

“We use an iPad for point of sale – TouchBistro,” he says. “We're part of WorkPerks too, (a program that) offers discounts for different businesses around the city.”

It’s funny testing out all these technologies admits, Derek, given that the nature of the place is offering an unplugged social alternative for an increasingly plugged-in society.

“Here, you rarely see people on their phones,” says Derek. “It’s a lot more socializing, hanging out, laughing, being around each other, which is something I think we take for granted.”

While keeping up with the technology carries its own set of challenges, both brothers find the pace of running a board game café more in line with what they’ve come to value about work. Derek has a background in finance while Gary spent the first part of his career in the food industry.

“We jumped in quickly,” says Derek. But then again, the idea that they’re all in – playing the games with the regulars, teaching games to new customers or even just hanging out and chatting – all adds up to a unique experience akin to hanging out in somebody’s living room as opposed to going to a café.

“For us the returning customers are what makes it more rewarding to us,” he says. As for the technology, that just helps to keep the curious coming through the door.