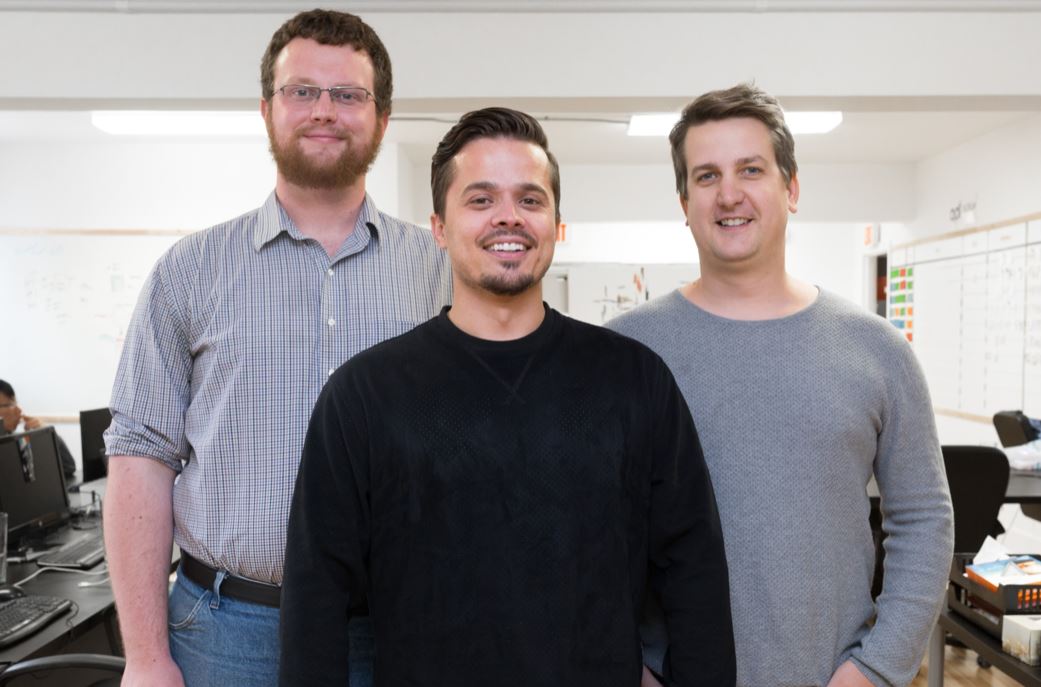 Toronto’s waterfront can bean icy place in the winter which is why the BIA partnered with local startup AP1 to leverage innovative proximity technology and a scavenger hunt application to get Torontonians out during the most unforgiving months.

During the summer, Toronto’s waterfront is the apex of city life, harbour boats leave their slips, joggers dodge rollerbladers and tourists, and businesspeople swaps spots along the wall for lunch break. But during the winter, the waterfront can be a cold, cold place.

And there lay the core challenge the Waterfront Business Improvement Area approached Ryan Dias at proximity and consumer measurement startup AP1 last fall about solving. The WBIA had set up “Ice Breakers” a group of public art exhibits complementary to the Toronto Beaches neighbourhood’s “Winter Stations” and wanted help inspiring Torontonians to brave the cold.

“The concept was: how do we take these art installations scattered along the waterfront during perhaps the least welcoming season along the waterfront and get people to actually come and explore it?” says Dias, AP1’s director of marketing and client services. So the team, spearheaded by Dias, put their heads down and came up with a solution: gamify it by developing a scavenger hunt app.

“We would reward and entice users by prompting them with exclusive content when they came in the range of these art installations,” he says.

The exhibits were outfitted with beacon technology that showed when an app user was nearby. They were able to vote on the art installations by clicking a button or even shaking their phone – “It was cold we wanted to reduce the amount of click,” explains Dias – and then once they’d visited all five exhibits a Porter icon appeared giving the user a chance to win a pair of tickets to anywhere Porter flies.

They hammered the app out between October and December, launching near the end of January.

“It was the craziest turnaround,” admits Dias. But they did it, and it was a success. There were 6,100 visits through the app and nearly 1,000 downloads over a five-week stint. “This was an event-based app not a common app to build… usually you want to build on it and keep it going.”

Nearly 60 per cent of those with the app went to all five installations. They also surveyed 800 users and 77 per cent said the app enhanced their whole experience of the event while 82 per cent say they loved the user experience.

“We built a microsite for the app and over 50 per cent of visits were converted into actual downloads, which was 30 per cent higher than the industry standard,” says Dias.

They posted ads for the app at Spadina and Union station on the TTC via a partnership with TTC wifi provider TCONNECT.

“Those were the two closest touch points the streetcars would go along Queen’s Quay,” he says. “We saw about 550,000 impressions based on that.”

Dias called the rollout and results a milestone for AP1, since the company was launched by CEO Aaron Lyon Phillips otwo years ago with ambition to tap into the groundswell of consumer analytics through proximity technology.

The startup has worked with companies like the Vancouver Aquarium, LG and Uber but to see this kind of success and prove this concept in Toronto has been a notable achievement for the company.

“The best part was it was in our backyard,” says Dias adding that prior to this most their traction came from markets in the U.S. and Asia.

“When it comes to the Canadian market they’re a little bit more conservative they want to know where you’ve deployed and what were the metrics,” he adds. “So this was the best way we could say ‘look, we got buy-in in our market and we have some really good stats that support it – this was one of those stories we needed to happen for us to start having these conversations.”