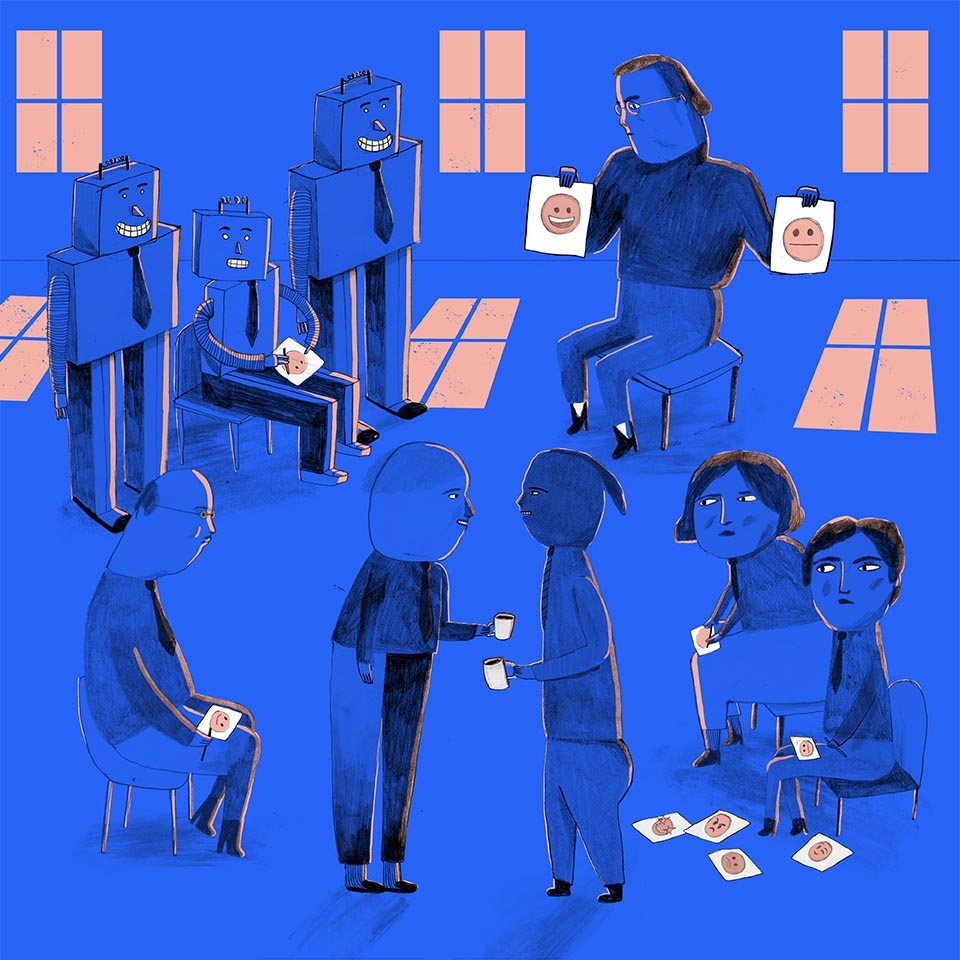 What Chatbots Can Teach us About Being Human at Work 🤖😬

The first time I talked to a chatbot, I was a teenager using the family computer in our dining-room-turned-office.

A friend at school had told me about a robot on AOL Instant Messenger that you could ask anything – anything—and it would have an answer for you; often times a snarky one.

The thrill then was the novelty: A computer that could talk back. But these days, we’re more interested in putting chatbots to work punching the clock on tasks that humans find tedious and corporations find costly. Briana Brownell, founder and CEO of PureStrategy, a startup that “deploys AI co-workers,” says AI is giving us the freedom to focus on more fulfilling work.

“We could use the time saved to create a successful new product that has new customers lining up out the door or to build a framework to consistently deliver an exceptional customer experience thanks to time spent on strategy and organizational change rather than cleaning data or reviewing individual data points.”

We can’t put bots back in the box, but there could be something to be learned from them about the effectiveness of being human at work.

And we aren’t just embracing bots at our jobs. One-in-four Americans have welcomed these bots into their homes in the form of smart speakers, and even more of us carry them around in our pockets and purses. Recently, an elderly woman told me she no longer worries about getting lost on long drives now that she has Siri.

Joseph Weizenbaum, the grandfather of the modern chatbot, had a bit of a Frankenstein complex about his creation. Tim Adams shares in the Guardian Weizenbaum’s response to people’s easy embrace of his chatbot Eliza: “When Weizenbaum’s secretary asked him to leave the room one morning because she was in the middle of a session with Eliza, he became alarmed by the general willingness to be so seduced by a machine voice.”

Weizenbaum also expressed concern about how easily the technology could be used by corporations to exploit real people and their real feelings. But his criticism did not succeed in banishing his monster. Since the mid ‘60s, the presence of bots has increased exponentially. And with the 2020 presidential election approaching, there’s much discussion around how to keep bots with nefarious intentions at bay.

We can’t put bots back in the box, but there could be something to be learned from them about the effectiveness of being human at work.

If bot designers can make robots feel real enough to confide in, maybe we can use their same blueprint be at our most human in the digital workplace.

Putting the person back into your work persona

We Slack. We email. We even text. With around half the office workers in the United States now working remotely at least some of the time, workplace communication has become increasingly written. Without the benefit of body language and the vocal inflections present in in-person exchanges, it can sometimes be hard to read the room—the chat room that is. Was that co-worker being short with you or are they just short on time? How do you develop a rapport with a new colleague you’ve never met before? And how casual is too casual for office chatter? Emojis: Y/N?

If bot designers can make robots feel real enough to confide in, maybe we can use their same blueprint be at our most human in the digital workplace.

According to NPR, “Most designers agree bots need to have something resembling a human personality.” And that personality is cultivated through the Big Five. “Every personality has five dimensions: agreeableness, conscientiousness, neuroticism, extraversion and openness.”  While historically we were expected to present a buttoned-up version of ourselves at work (i.e. dialing up the agreeableness), millennials and Gen-Z have ushered in a new era of workplace casualness by insisting on bringing their full selves to the office (i.e. optimizing for openness). So, even as we ditch physical confines of the office, we can still strive to be more ourselves when messaging with colleagues.

When you and your co-workers are transparent with each other about parameters, it allows for a more direct connection.

Your humanity is showing

Chris Karnes has written multiple chatbot scripts, including one for a chatbot that's still in use on 1,000 apartment community websites. The day I was supposed to interview him, he needed to reschedule our call and he was open about why: His kids were home from school for a snow day. I was more than happy to oblige, no problem. If he were subscribing to a more conservative model of professional engagement, out of fear of judgment he might have been vague or offered a fake excuse like the need to go to the doctor. But Karnes believes it’s easier to foster connections by being real with people. “Instead of trying to hide our humanity in the workplace, just being more open and transparent about, yes, we are all people with lives happening.”

Karnes says, “People, just like bots, need to be more forthright in what they are and what their intentions are.” So, when he and his team are designing a new bot, they “always start with this concept that you need to let people know up front what they're dealing with.” This type of transparency between people can also be instrumental in more effective engagement.

As an example, Karnes points out that when he’s asking the smart speaker in his kitchen a question, he knows he needs to adhere to certain parameters and format the question accordingly. When you and your co-workers are transparent with each other about parameters, it allows for a more direct connection. So, if you’re a parent who needs to pick your child up from school, it’s okay to share that information in an afternoon meeting, so people can be chill about you not being able to stay if the meeting runs long. Or if your co-worker finds they get overwhelmed if they check Slack first thing in the morning, they can establish the parameters that they’ll respond to all Slack messages after 10 AM, but colleagues can text them if something urgent goes down.

Whether you’re chatbot or a human, transparency, personality, and value make for the best script to follow in today’s workplace.

You’re also more likely to have more satisfying convos online with your teammates if you maintain focus on providing value for others. In other words, your colleagues are just like everyone else, they’re more receptive when you’re giving them what they want. To provide value, chatbots are loaded up with answers to the questions users are most likely to ask. Karnes says you can think about your interactions with your co-workers the same way. “It just comes back to that same concept of what's the value? How are you creating value for others and how are you creating value for yourself? And that's really what it all comes down to.”

The AI revolution is here to free your mind

In the end, whether you’re chatbot or a human, transparency, personality, and value make for the best script to follow in today’s workplace. But the bots are not here to replace us entirely.

In a talk at the MIT Schwarzman College of Computing, Drew Houston, Dropbox co-founder and CEO, spoke about AI and his hope “that we’ll look back on now as the beginning of a revolution that freed our minds the way the Industrial Revolution freed our hands.” He acknowledged that this progress toward automation will mean the end of many jobs and called this “one of our biggest challenges as a society.”

But it’s a challenge worth overcoming. Houston reminds us what’s at stake: “The world needs humans. Computers don’t have feelings or dreams or a soul or imagination.” And shouldn’t we be free to spend our days doing what makes us our most human? We weren’t built for paper pushing and order taking—but bots are.